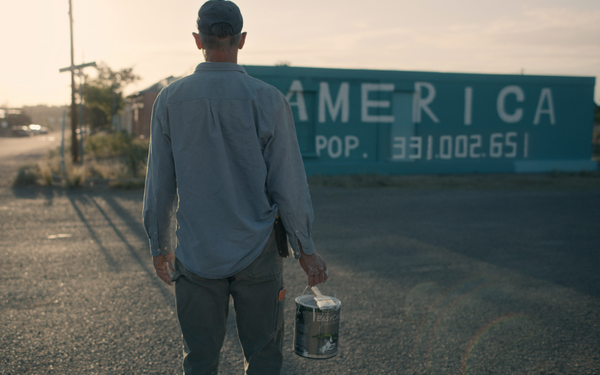 Ford Motor Co. is launching a new spot in its “Built For America’ campaign that highlights a message of unity, strength and working together.

A 60-second spot from Wieden+Kennedy encourages viewers to look to the builders.

“In times of strife and divisiveness, look to the people who don’t give up on their principles, but build on them. Because this country isn’t built on brick and steel -- it’s built on the strength of all of us, working together,” according to the voiceover from actor Bryan Cranston.

The spot comes on the heels of #FinishStrong, a public call to action by the company to support those affected by the COVID-19 pandemic which broke in December.

“Built For America,” which broke in May 2020,  highlights Ford’s position as the top assembler of vehicles in America and largest employer of U.S. hourly autoworkers. The newest ad underscores the need for solidarity in the face of change.

Directed by Stacy Wall, the spot broke Jan. 16 on Fox during college basketball. It can also be seen throughout the day on CBS Sports, ESPN, Discovery and cable channels including Hallmark, HGTV, Nat Geo, The Food Network, DIY, Great American Country, The Science Channel and Motor Trend Network.

“Ford’s strong bond with America continues to grow stronger,” Galhotra says. “We’ll always speak up to let our customers know where we stand — and we’ll always be in their corner.”