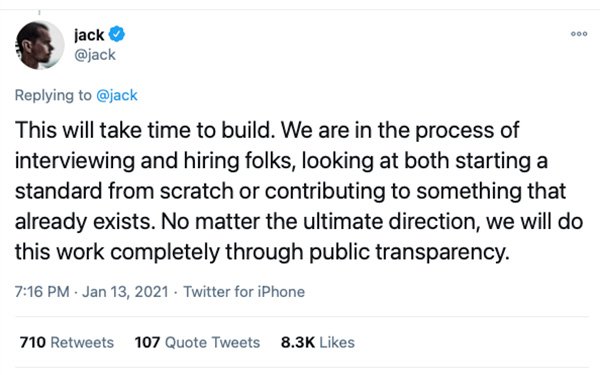 U.S. Senator Marco Rubio’s letter to Twitter CEO Jack Dorsey, dated January 19, requested an explanation for the company’s failure to remove or label a falsified image posted by a member of the Chinese Communist Party (CCP).

“It is deeply troubling that Twitter found that the post in question did not violate its terms of service and that it merited nothing more than an interstitial merely denoting it as ‘potentially sensitive content,’” Rubio wrote in the letter. “However, what may be even more disturbing is Twitter’s refusal or inability to answer basic questions about its moderation procedures and the effects that the company’s global ambitions have on its moderation decisions.”

Rubio asked Dorsey for documentation that clearly details the steps Twitter takes to evaluate user-generated content when a review of that content seems necessary, and how the company determines whether or not to flag or remove it.

As the future of content moderation hangs in the balance, it becomes more important to keep an open dialog not only between the platform and its users, but also between government and the platforms. Not so government can moderate what's being discussed and exchanged, but to keep the dialog open, with several points of views, and safe guidelines for all to follow.

The exchange between Rubio and Dorsey that began in December continues.

"I inquired whether Twitter plans to operate in China in the future, and if the company has had any conversations with relevant officials or entities in China,” Rubio wrote. “This question was not answered in your company's December 23 response letter."

The U.S. government and private companies have been battling the question of how much authority should be given to each when it comes to policing content moderation and online speech.

While the letter makes no mention of Twitter’s suspension of former President Donald Trump, the letter made it clear that Rubio wanted answers as to why the company suspended one account and not the other.

"We are trying to do our part by funding an initiative around an open decentralized standard for social media," Dorsey wrote in a tweet. "Our goal is to be a client of that standard for the public conversation layer of the internet. We call it @bluesky."

On January 13, Dorsey wrote that it will take time to build the strategy.

"We are in the process of interviewing and hiring folks, looking at both starting a standard from scratch or contributing to something that already exists," he wrote. "No matter the ultimate direction, we will do this work completely through public transparency."