Facebook To Give Brands Control Of Ad Buys Next To Its Most Organic Content: The Topics Of Its Newsfeed 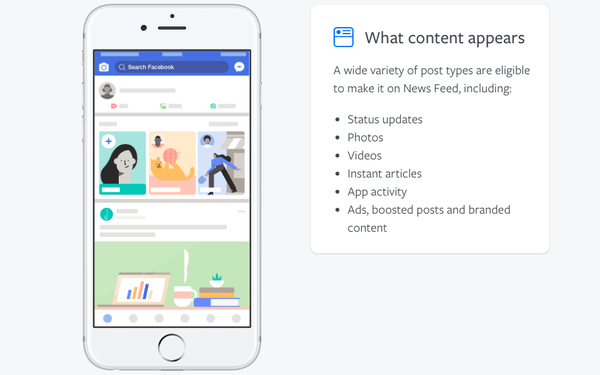 Facebook, which has long enabled advertisers to control what content their ads appear adjacent to on its audience network, Instant Articles and its in-stream video, will soon be able to do so across the most organic content it publishes: its newsfeed.

The initiative, which is in its early stages of development, will enable advertisers and agencies to exclude their ads from running next to or near topics they deem inappropriate or harmful to their brand’s image.

“Providing advertisers topic exclusion tools to control the content their ads appear next to is incredibly important work for us,” Facebook Vice President-Global Business Group Carolyn Everson said in a statement announcing the effort this morning. She added that the steps are being taken as part of Facebook’s commitment to support the World Federation of Advertisers recently announced GARM (Global Alliance for Harmful Media) initiative.

“With privacy at the center of the work, we’re starting to develop and test for a control that will apply to News Feed,” she said, adding that, “It will take time but it’s the right work to do.”

Marketers and agencies have a long history of requiring media to ensure that their ads do not appear adjacent to objectionable content that might harm their brand messages by association. The criteria vary by brands and the context of the media they place it in, and the process is constantly evolving. Some brands, for example, may have different criteria for the same objectionable content in an entertainment environment vs. a news programming environment, but as social media has evolved -- especially so-called user-generated content -- some of their criteria have fallen off historic guardrails, because they have not been easily classifiable, and/or because the platforms -- like Facebook -- didn’t have the controls to enable them.

A Facebook spokesperson said explicit details were still being worked out and characterized the plans as “early days,” but offered the following example of how it might work:

“The current design is a control that helps address concerns brands have of their ads appearing around ads appearing next to certain topics, based on their brand suitability preference, in News Feed,” he said, adding, “For example, the control may allow an advertiser to select a topic, such as Crime and Tragedy. That selection would inform how our ad systems deliver the ads. The control may change as we test and learn.”