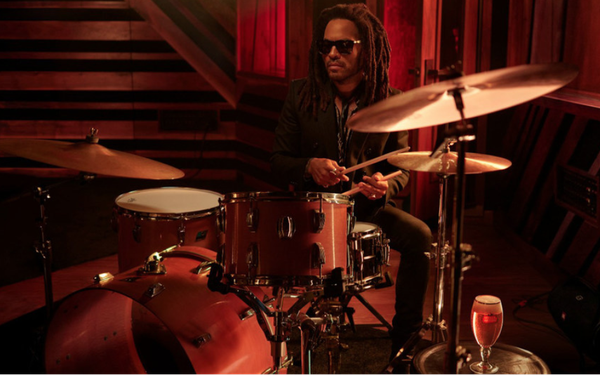 The Super Bowl teasers are coming in fast and furious, with Stella Artois and Rocket Mortgage joining General Motors in eking out details today about the forthcoming spots, which will be shown during the big game on Feb. 7.

Anheuser-Busch's Stella Artois is debuting an ad from Mother London featuring the musician Lenny Kravitz in a film titled, “Heartbeat Billionaire,” which is part of the brand’s "Invest Your Heartbeats In The Life Artois” campaign, running through March.

The 60-second spot, which has been posted in its entirety to the brand’s YouTube page, features Kravitz’s message of love delivered via poetic spoken word. As his song “It Ain’t Over Til It’s Over” chimes in, Kravitz is transported to the brand’s animated interpretation of The Life Artois, the Stella Artois mindset of savoring life together with those who matter most.

Meanwhile, Rocket Mortgage today announced it will debut two new commercials during Super Bowl LV featuring comedian Tracy Morgan, along with an action star, athletes and influencers demonstrating why it’s important to use Rocket Mortgage in the home-buying process.

The ads, from HighDive, will showcase both the company’s technology platform and the role that local mortgage brokers play in helping Americans achieve the dream of homeownership.

Teasers will be released on the Rocket Mortgage YouTube channel and social media pages throughout this week.

General Motors also revealed that one of its two Super Bowl spots will feature actor Will Ferrell. The automaker released three 15-second teasers from Commonwealth//McCann Detroit that show Ferrell making fun of the country of Norway. Cadillac’s spot, which will be teased on social media later this week, also features a different celebrity.

And Frito-Lay will air a Super Bowl spot featuring the sibling rivalry between Eli and Peyton Manning, while a Cheetos commercial will feature actors Ashton Kutcher and Mila Kunis.

M&M’s also tapped Dan Levy for its spot, which the “Schitt’s Creek” star describes as “funny and sweet.”