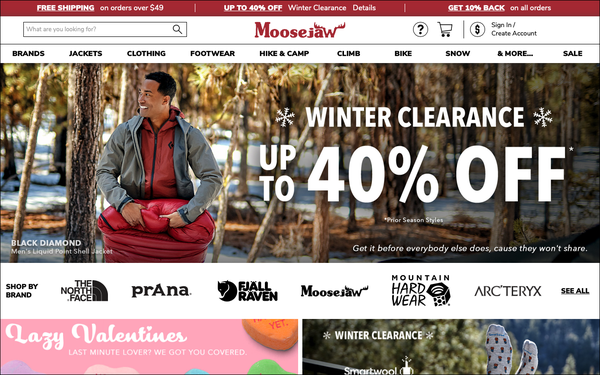 But in an unusual twist, NaviStone -- which has faced several privacy lawsuits in the last four years -- is seeking to continue the legal battle, in hopes of vindicating itself in court.

Specifically, NaviStone wants to proceed with a counterclaim it filed in 2019, which seeks a declaratory judgment that its technology doesn't violate California's wiretapping law.

“NaviStone has a continuing interest in putting an end, one way or another, to this kind of serial litigation,” lawyer David Bertoni says.

In 2018, the ad-tech company prevailed in a series of other privacy lawsuits.

Currently, NaviStone and retailer Harriet Carter are still facing a lawsuit in federal court in Pennsylvania.

Counsel for Revitch and Moosejaw say in court papers filed Wednesday that they believe NaviStone's counterclaim is now moot, due to the settlement.

Revitch said in his original complaint that Moosejaw embedded NaviStone's “wiretapping” technology, which allegedly logged keystroke data and scanned his computer for identifying information, in order to allow learn his identity and postal address.

That allegation appeared to stem from a 2017 Gizmodoarticle.

NaviStone denies that its technology logs keystrokes, and also denies that it identifies individuals or enables retailers to do so.

The company said in its counterclaim that it uses “cookie synching” to “associate some of the visitors to Moosejaw’s website to a name and physical mailing address held by a third-party for purpose of a postcard mailing while maintaining the anonymity of those visitors both to itself and Moosejaw.”

The company added that if “the fact that a user’s communication with one website results in disclosed communications with other websites” was enough to prove a violation of California's wiretapping law, then “virtually all websites” would also violate the law.

NaviStone elaborated on its technology in a separate lawsuit brought against itself and the retailer Harriet Carter. In that case, NaviStone said it drew on data held by ad-tech company Neustar, in order to obtain mailing addresses for some consumers, without learning those people's names.

“To accomplish cookie syncing, the NaviStone code created a unique and anonymous client-specific visitor ID for each web browser that visited Harriet Carter's website, and set that ID in a cookie stored by the web browsing software,” NaviStone and Harriet Carter said in papers filed last year with U.S. District Court Judge William Stickman IV in the Western District of Pennsylvania.

Stickman will hold arguments via video conference in that matter on April 14.