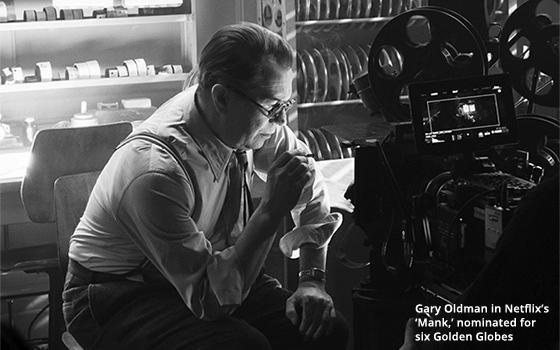 While it continues to be the big dog in the streaming world, Netflix may not always be the dominant player when it comes to advertising on national TV. Here's why.

The streamer gets significant marketing spin from its award nominations and hardware. Most recently, Netflix earned 42 Golden Globe nominations -- almost one-third of all the awards offered.

Even if you don’t like all the shows Netflix releases, the nominations carry one overarching message: Netflix delivers some quality TV and movie content.

It may not seem like much, but it could go a long way in combating legacy entertainment companies going forward as streaming competitors -- Walt Disney, WarnerMedia, and NBCUniversal, to name three.

For more than a few years now, awards have been a key element of Netflix's overall marketing plan. Kind of what HBO did a generation before on cable. Or what some call regular TV.

Of course, there are many more award shows to come this season. Back in September 2020, there was the Emmys, where Netflix took in a record 160 nominations, beating HBO’s 137 nominations the previous year. HBO took in 107 nominations in 2020.

Now, just because you get a lot of awards doesn't always translate into a bigger audience. Still, a wide range of prized content helps.

We wonder what’s left for premium streaming services to consider. How about big-time fantasy, comic-book hero movies business/franchises, like “Star Wars,” “Avengers,” “Star Trek,” “Spider-Man,” “Batman” and “Guardians of the Universe.” Perhaps that is where movies theaters have an edge.

Is that an area Netflix might explore? Well, we know those comic-book movies don’t always win prestigious awards, save for technical categories. Still, “Black Panther” was the first comic book and superhero film to be nominated for Best Picture at the Academy Awards in 2019.

Here’s your financial entertainment equation of the day: What’s the answer to the rising glut of great streaming entertainment and the need to get existing and prospective subscribers to consume it?

But maybe a new tagline is needed to clinch the deal: “It’s not TV. It’s not HBO. It’s not even about streaming, or adding a plus sign to your brand, the word max or an allusion to colorful feathers.”  It’s your own branded entertainment service. No extra marketing needed.