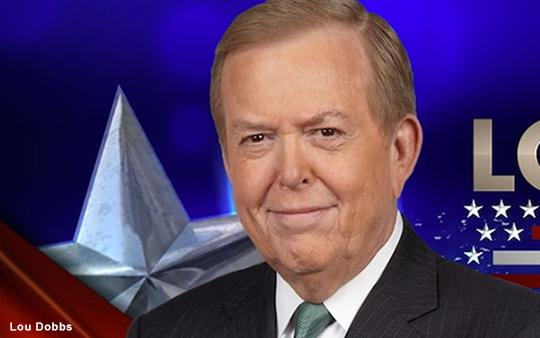 In 2019, “Lou Dobbs Tonight,” which aired Monday to Friday from 7 p.m. to 8 p.m. ET, averaged 332,000 Nielsen-measured viewers. The show, which began on the cable business channel in 2011, had been the highest-rated program in the last four years, according to the company.

National TV advertising spend on the show totaled $5.4 million from early February 2020 to February 2021, per iSpot.tv.

EDO, a insights and analytics company, estimates the show had a recent, February 2020-February 2021, yearly media worth of $18.9 million. That's total national TV ad spend and media value, coming from on-air promotional messages for a number of Fox Corp’s platforms.

Fox News Media, a unit of Fox News Channel and Fox Business, reportedly said back in October it was working on new programming formats to start after the November election. A new show "Fox Business Tonight" will air in the Dobbs time period.

The Smartmatic suit charges the defendants conspired to spread false claims that Smartmatic helped “steal” the U.S. presidential election. The lawsuit says Dobbs “was one of the primary proponents and speakers for the disinformation campaign against Smartmatic.”

A Fox Corp. statement said the company would defend itself against the “meritless” lawsuit in court.

Previously, Dominion Voting Systems sued Giuliani and Powell for more than $1.3 billion each. The company says it has plans for other legal action.