Holy Moly: Bruce And Jeep Go To The Super Bowl 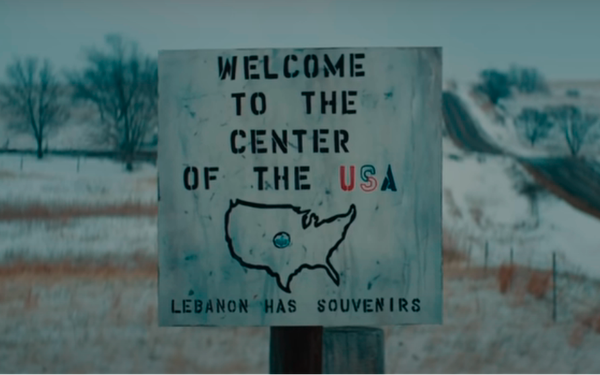 While watching the Super Bowl during this Plague Year, with all the COVID-19 fear, continued turmoil in D.C., bad weather, and amid what turned out to be a painfully lopsided game, I wanted to find the one commercial that would offer the relief of sinking into a warm bath.

Indeed, out of the cacophonous lineup of celebs, You Tubers, mutants, holograms and avatars, I searched for the one peaceful, surprising standout that could be The One!

Coming during the fourth quarter and called "The Middle," the Jeep spot certainly started out that way.

With its haunting music, beautiful visuals, and featuring good guy/superstar (and ad virgin!) Bruce Springsteen at the wheel, it held nothing but promise.

As a former Jersey girl who loved Bruce, (but never quite shared his enthusiasm for cars and crankcases) I settled in to spend two whole minutes bathing in the performance -- maybe he'd even sing or strum! Way to go, Jeep!

What I wasn't expecting from this elegantly Doner/Detroit-produced documentary-like mini-film was a dog whistle to the Christian Right, steeped in the imagery of crosses and with enough attention paid to the "soil" to make the Proud Boys -- who shouted "Blood and Soil" at a rally in Charlottesville, Virginia -- proud.

I know: It's just a commercial! ! Lighten up! It's about uniting people! Why ruin it?

Actually, when the spot's super-creepy white nationalist vibes started to sink in, I too couldn't believe them.

So I did a deep dive into "The Middle." Let's "experience the film," as they say on Jeep.com.

Within the first three seconds, the idea that it's Morning in America is established, with an open road, snowy frontier landscape and a dazzling shot of the mud encased in Bruce's cowboy hat and stuck to the bottom of his pointy-toed boot. I'm not quite getting the Bruce as Marlboro Man cattle-wrangler thing, but the images have undeniable power.

We get our first crucifix a few seconds later. It sits atop a tiny wooden church in Lebanon, Kansas, where Springsteen is headed in his vintage Jeep.

In his graveliest voice, our balladeer Bruce says the chapel is “standing on the exact center of the lower 48.’’

Okay, it's a church -- but visually, it's an inspired little house on the prairie. And Bruce takes pains to explain that on this lonely Kansas outpost (in a state that went overwhelmingly for Trump) the chapel "never closes. All are welcome to come meet here in the middle."

And the dissonance between what he's preaching, and what we are actually seeing and hearing, begins.

Because what we see is set in a little white bubble featuring Bruce, snow, roads, a horse, and those aforementioned crosses, shown in repetitive cuts for a total of seven times. One of them appears on a wall (inside the little chapel) over a wooden cutout of the map of the United States covered in the stars and stripes.  Isn’t the idea of connecting the flag (and thus the idea of patriotism) to a particular religion out of bounds and inflammatory? This is not the middle. This is the divide.

Surely, many American citizens are Christian. And many are not.

This spot is packed with physical images that are exclusively Christian. At one point, we see three wooden crosses through the barbed wire fencing on farmland. (Christ on the road to Cavalry? The unity of the Father, Son, and Holy Ghost?)

Yet, ostensibly, Bruce is pushing connection and understanding. "Whoever you are, wherever you're from," he insists, "…we need the middle."

What middle? As a country, we are more divided than ever, and suggesting that "both sides" should move to the center is simplistic, insensitive and tone-deaf at best, like announcing "All Lives Matter."

Our narrator seems to agree. "It's no secret," Bruce goes on. "The middle has been a hard place to get to lately. Between red and blue. Between servant and citizen. Between our freedom and fear…"

Wait a sec. The word "servant" comes across as an odd choice in terms of uniting people of all stripes. It sounds Biblical. Does it refer to the "Servanthood of Jesus?"

But for my money, the scariest part invokes the "soil." This is the most dramatic cut in the spot, from that aforementioned barbed-wire scene with three crosses, to a dramatic close-up of our prophet Bruce's hands (his wedding ring prominent) in the ground, cupping and sifting the good midwestern dirt.

"We have to remember, the very soil we stand on is common ground," he says.

Is this denial? Delusion? I don't see the common ground.

"Blood and soil" is a term invented for, and saturated in, Nazi ideology. It glorified the role of rural, agricultural peasant populations in German society: Those with a long family history in Germany (blood) and who tended to the land (soil).

(The idea that Jews were merchants and bankers, not farmers, inflamed Nazi propaganda.)

These days, most Americans were introduced to the term in 2017 when the The Proud Boys marched with torches and chanted "Jews will not replace us," along with "Blood and Soil" during the violent "Unite the Right" rally in Charlottesville. That was when President Trump said there were "good people on both sides."

Since then, both “blood and soil” and “Blut und Boden” have been identified as hate slogans by the Anti-Defamation League.

Moving on, our leader Bruce is then shown lighting a candle. And here he gets his most preacherly and prophetic.

"We can make it to the mountaintop," he actually says. (If this sounds familiar, Dr Martin Luther King, Jr. is famous for his last speech, "I've Been to the Mountain Top.")

He continues in this reverential vein. "We can make it to the mountaintop, through the desert …and we will cross this divide."

He adds: "Our light has always found its way through the darkness. And there is hope on the road ahead."

Did Trump speechwriter Stephen Miller have a hand in this script? Here's the problem with this joint production from Bruce and Jeep — the singer speaks in the language of totalitarians or cult leaders.

Someone on this production should have intervened and introduced a better idea — one that wasn't filled with exclusively white Christian male imagery and Biblical values, something that could come off as realistic and humanizing.

But wait, there's more. As the little filmic spot ends to the tear-inducing swells of a violin, a title card appears on screen, with a line that says: "To the ReUnited States of America,’" over an image of the map of the U.S.A. (Which recalls the image of the cross on the U.S. map in the chapel in the beginning of the spot.)

And there's a graphic red star placed between "ReUnited" and the "States of America." Indeed, in early Christian times, a single star represented the Unity of Christ.

What was Bruce thinking? Was he hoodwinked by Jeep exec Olivier François? Is he that naïve? Is he actually showing us that he has a god complex?

Unlikely. Bruce's long-time manager, Jon Landau, told Billboard: "Bruce and I were happy with every word of the final script.

Ultimately, Bruce controlled every second of what you see and hear, and that's why it feels so personal. Because it is."

In the end, the big-bucks spot got a lot of attention, some positive. But it was also heavily criticized as disingenuous claptrap by people on both the left and right politically.

Ironically, that's about the only unification, or meeting in the middle, that came from "The Middle."

But as a former Jersey girl, I'm holding out hope for my theory that somewhere along the lower 48, Bruce Springsteen — the man of the people whom we've known and loved since the '70s —  was overtaken by a band of evil mutants and digitized into a hologram, to be revived back to human some time after the Super Bowl. Happy Driving!