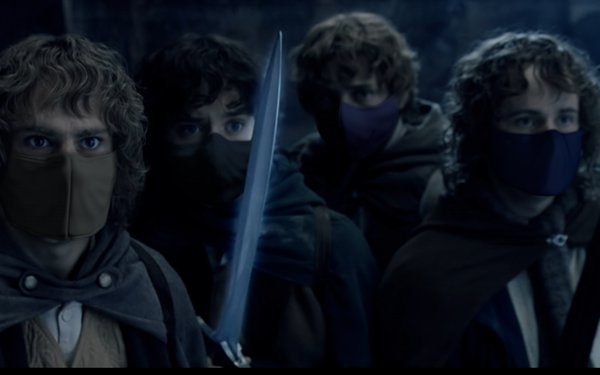 WarnerMedia is lending some of its most famous movie characters to encourage all Americans to wear face masks in a new Ad Council campaign.

"Casablanca"'s Humphrey Bogart and Ingrid Bergman, for instance, are seen toasting “here’s looking at you kid” through masks. In another clip, Wonder Woman finishes a fight scene by raising her head to reveal her starry mask.

Warner selected the films that would have the broadest appeal possible, representing a variety of different tastes and interests among viewers.

“We hope that by seeing some of our favorite heroes and characters masked up, our fans will follow suit,” says Dennis Williams, SVP, Corporate Social Responsibility, WarnerMedia. “Mask wearing is a simple step we all can take to show up and support our communities during this difficult time.”

The television and digital video spots will air primarily across the WarnerMedia ecosystem, including social media accounts across recognizable brands, both in the U.S and around the world. In addition, the PSA will run via a partnership with the Ad Council for use by other broadcast and digital media outlets, such as HBO Linear, Bleacher Report and AT&T’s TV households.