Preparation H: The H Is Also For Honesty 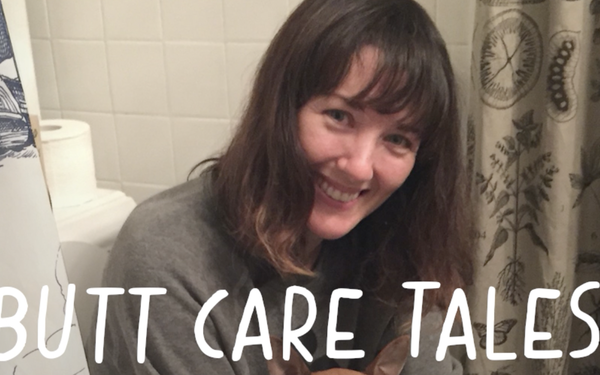 It’s the day after Valentine’s Day, and for Preparation H it’s the perfect time for couples in intimate relationships to ‘fess up, and get really real.

And of course, what could be better than an honest dialogue about hemorrhoids?

Today the brand begins its #RealRelationshipGoals campaign, pushing the admirable idea that in a relationship, no topic should have to be taboo.

Preparation H will use social media for itsvideosthat encourage some major league frank talk, and as its announcement states, the brand’s Instagram channel and in paid media on Instagram, Facebook and YouTube will be “showcasing Preparation H as the experts in butt care.” The campaign comes from Grey Advertising and will continue through the year.

Usually, he says, Preparation H runs regular TV advertising and online video content, “with the intent of leveraging humor” to get its point across.

Before this campaign, Preparation H commissioned its own study, “The State of Sitting at Home," examining how the pandemic affected bums. Among the findings: on average, Americans are spending an additional four more hours sitting per day than they did pre-pandemic, and 34% said they’re eating more fatty foods, which can lead to hemorrhoids.

Veering extremely close to providing too much information, Preparation H also found that half of the men, and 30% of the women confessed they’re spending more time sitting on the toilet, a habit that may cause veins around the anus to stretch and bulge and lead to hemorrhoids.

In truth, it’s pretty hard to get away from getting ‘roids. Preparation H says , about three out of four Americans will suffer from them at some point in their lives. Low-fiber diets, stress, constipation and pregnancy or childbirth can trigger them.

And while sitting too much is a well-known trigger, so is standing for long periods of time.