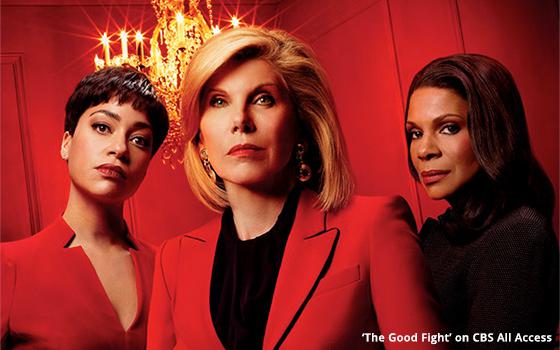 Global streaming revenue grew 71% to $888 million -- with a 69% increase in advertising revenue and 74% higher in subscribers' fees.

The bulk of these revenues came from U.S. streaming platforms -- CBS All Access, Showtime OTT, and its free, advertising-supported service Pluto TV -- which grew 72% in the fourth quarter to $845 million.

Subscribers for Viacom's paid streaming business -- CBS All Access and Showtime OTT -- were up 71% to 19.2 million.

Pluto TV, its free, ad-supported service, grew 80% in its global monthly active users (MAUs) to 43 million. Domestic MAUs were up 34% to 30.1 million. In the period Pluto TV struck new global distribution agreements with Samsung and Google.

Going forward, CBS All Access -- as well as content from cable TV network brands including MTV, Nickelodeon, Comedy Central and BET -- will now be part of new, expanded streaming service Paramount+, which will launch March 4.

Unlike other big premium streaming platforms, ViacomCBS said Paramount+ will have live sports -- including the NFL, NCAA’s March Madness, PGA’s The Masters and other sports content. The service will also carry CBS news content.

In the last three months of 2020, Viacom’s core TV broadcast, cable and content business revenues were flat at $3.1 billion. Advertising declined 1% to $1.7 billion. Offsetting this were affiliate and retransmission fees, growing 23% to $841 million.

Due to the pandemic, 2020 advertising suffered -- down 16% to $5.04 billion. As with results in the fourth quarter, affiliate/retransmission fees help offset declining ad results; revenue was up 23% to to $3.13 billion.

ViacomCBS also witnessed declining revenue from content licensing -- down 20% in the fourth quarter to $573 million. The business was also down 25% to $2.4 billion.

Unlike some TV, movie and media companies with new streaming businesses, Bob Bakish, president and CEO of ViacomCBS, said during the company’s investor day meeting on Wednesday, Viacom’s Paramount theatrical movies will not be released at the same time on its Paramount+ streaming platform and in movie theaters.