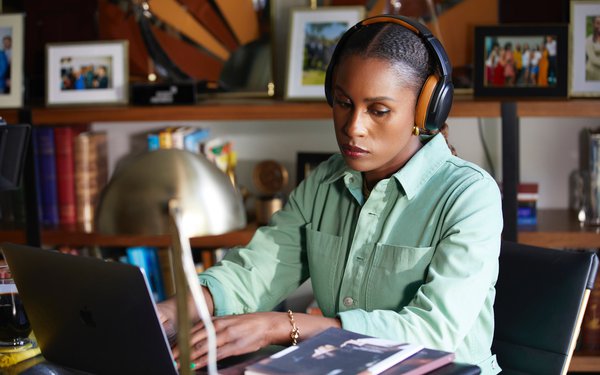 Madewell is asking people to look inside for their latest style inspiration with a new spring campaign from actress Issa Rae.

The actress, best known for HBO’s hit “Insecure,” stars in the campaign, challenging people to ask: “What Are You Made Of?”

Madewell, owned by J. Crew, says it worked with ColorCreative, Rae’s production company, and Raedio, her music company. She founded both to boost the profile of next-gen and underrepresented artists. Some of their work, such as a novel by Yaa Gyasi, is shown in the video.

In an interview with the brand, she says she got into the production end of the business because she “recognized that there are various parts of the industry that needed help addressing under-representation.” That included “ actual representation for these writers—helping them break into the system and manage their careers.”

And with Raedio, she says starting a label with Atlantic “has been another chance to represent female artists properly and also maintain the independence of these artists.”

The new campaign comes as apparel brands try to claw their way back to anything like pre-pandemic sales. Just before COVID-19, Madewell had filed for a public offering in the hopes that it might do better as a separate brand.

But J. Crew was one of the first retail victims of COVID-19, filing for Chapter 11 last May.  It emerged from bankruptcy in September, saying it believes it is well-positioned to get back to growth.

Then in November, it elevated Libby Wadle, who had been chief executive officer of Madewell, to CEO of the entire J. Crew Group.