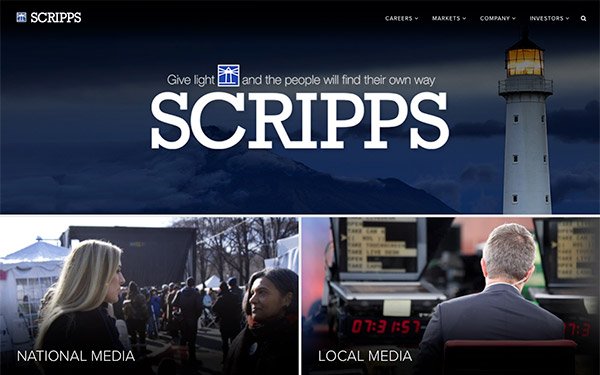 As it continues to bulk up its national TV network business, E.W. Scripps saw rising business from its local TV stations in the fourth-quarter 2020 from political advertising.

That political messaging preempted core advertisers -- resulting in a 9% decline in those marketers' advertising sales to $181 million.

The company also says the decline was due to pandemic disruption.

Direct-response advertisers helped its national TV business grow 28% to $117 million. Its Katz Networks were up 18%; its Newsy network grew 27%.

“Scripps is now a full-scale television company and the largest holder of broadcast spectrum in the country,” stated Scripps President-CEO Adam Symson in its earnings release.

Full-year revenue for the company was up 36% to $1.9 billion from $1.4 billion in 2019. Scripps made two major transactions in 2019: buying Cordillera Communications in May 2019 and a Nexstar Media Group/Tribune Media deal in September 2019.