The CMO Behind Creative Agency Majority 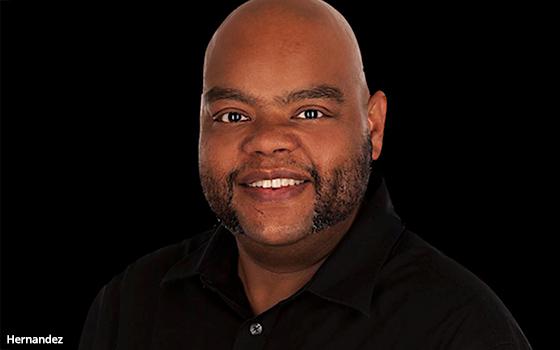 Jorge Hernandez, the CMO and a founding member of creative agency Majority, began his career as an engineer.

“I always liked advertising -- found it interesting to understand the purpose behind it -- but I went to school to be an engineer,” he said. “It may seem an odd switch in career, but the disciplines are similar as far as wanting to dissect and reconstruct things in a better way.”

He said the word “engineer” can actually work when talking about the creative process. There is a lot of commonality between the two professions.

In fact, Hernandez graduated with a focus in engineering from the University of Michigan, before earning a Bachelor of Business Administration in marketing from Hofstra University, and a certificate in marketing strategy from Cornell University.

It led him to become a founding partner at the Atlanta-based creative agency founded and launched last week by Omid Farhang. Other participating founders include Asmirh Davis, chief strategy officer, and Shaquille O’Neal, investor.

The agency focuses on diversity in creative assets, and the idea is to hire as many diverse creators and thinkers as possible.

“There’s a greater understanding and desire for diversity, but there’s a long way for us to go to fulfill the promise,” Hernandez said. “It starts with a level of energy, awareness and action. … this country is certainly ready to embrace a level of multiculturalism. Not from the lens of multicultural, but as a total refection of the general market.”

How do you define diversity? Google “diversity” and you’ll find the definition from Oxford Languages that reads “the practice or quality of including or involving people from a range of different social and ethnic backgrounds and of different genders, sexual orientations … .”

How will Majority connect brands with the middle of the United States -- a focus that many agencies lack? They seem to focus more on the East and West Coast.

“The mission, the promise, the vision of the agency sounds like it’s coastal, but it’s not meant to be,” he said. “Asmirh is from Tennessee. Omid is from Arizona. I’m from New York, but I went to school in Michigan and lived in Denver for a while.”

Personally, I was born in Brooklyn, grew up in Southern California, and now I live in Wyoming. People across the country don’t see things the same . They never have. That’s what makes them individuals, but advertising hasn’t got to the point, yet, to understand this, in my opinion.

Hernandez said the founding group at Majority has a higher level of awareness regarding these challenges. “They understand the realities of the differences across the country, and how people look at things differently because maybe they have not been exposed to something,” he said. “I wish I can give you a short answer, but it’s not a small question.”

There’s a lot of people who don’t know what they don’t know, but the agency will listen and help them embrace the differences, Hernandez said.

“Many times, we fault people for that -- but the fact is they don’t know, but want to learn and gain a greater understanding,” he said.