Can Streaming And Theatrical Co-Exist? One Warner Bros. Movie Says They Can 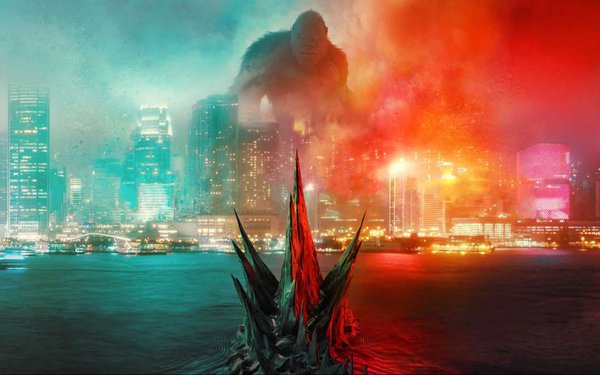 Everyone got it wrong in the battle between streaming services and movie theaters -- at least regarding one major fantasy movie icon monster story.

In particular, we are talking about WarnerMedia’s premium streaming service HBO Max and movie theaters simultaneously premiering the studio’s new film. Both distribution windows have registered wins for “Godzilla vs. Kong.”

The movie not only scored well when it came to opening weekend box-office revenues -- $48.5 million -- but also recorded the top share of all streaming movies on its first weekend of release: 8.1%. Share/engagements results come from Reelgood, a streaming discovery platform.

Currently, no studio has revealed how to calculate revenue gains from specific movie openings on a streaming service. Like other platforms, WarnerMedia does not disclose HBO Max streaming data -- viewership, subscribers, revenue -- when it comes to individual TV shows/movies.

But being top dog signals its decision, announced last December, to simultaneously release a new theatrical quality movie on HBO Max and in movie theaters was sound. At least this one time.

Some of the “Godzilla” dual success could be due to practicalities: Only 55% of U.S. theaters are open -- virtually all with some level of limited-seat availability. Though much of the U.S. economy seems to be opening up, capacity regulations may compel many to view at home.

That said, if WarnerMedia has plans for any romantic comedy releases this year, don’t expect the same results.

Like a monster movie, romantic story lines always have some conflict. Less kissing and love in the former. Fewer crushed apartment buildings and cars in the latter.

This story has been updated: An earlier version listed $48.5 billion as the opening box-office take, versus $48.5 million.

connected tv, movies, streaming, tv
1 comment about "Can Streaming And Theatrical Co-Exist? One Warner Bros. Movie Says They Can".
Check to receive email when comments are posted.
Next story loading