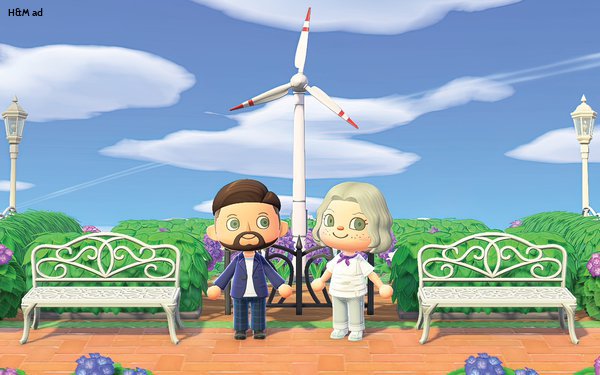 Working with 11-year-old recycling consultant Ryan Hickman, Old Navy is selecting 51 young GoFundMe innovators to back. And H&M is launching a new effort with Maisie (“Game of Thrones”) Williams, teed up through the lens of the Nintendo game "Animal Crossing: New Horizons."

The moves come as fashion retailers everywhere -- keenly aware of the part they play in damaging the environment -- look for new ways to convince Gen Z consumers they are sincere in their efforts to do better.

Old Navy, owned by the Gap, says its effort focuses on the 51st anniversary of Earth Day -- leading it to fund 51 young eco-focused innovators. It has tapped “Recycle Ryan,” whose Project 3R is dedicated to recycling awareness, as its new head of funcycling.

It also announced that it has eliminated plastic shopping bags in the U.S. and Canada by 2023, replacing them with paper bags made from 40% recycled waste. And it says it plans to complete its plastic hanger recycling program by the end of this year.

H&M’s new young activist is Maisie Williams, best known as Arya Stark on “Game of Thrones.” She appears in a video explaining the company’s 2030 goal of circularity, recycling textiles and keeping them out of landfills. Williams’ digital twin also appears as Avatar Maisie, created by 3D animators at Goodbye Kansas Studio.

Williams, an avid fan, romps around the island showing off H&M’s sustainability efforts. For launch, she and Pascal Brun, H&M’s global sustainability manager, met with gamers.