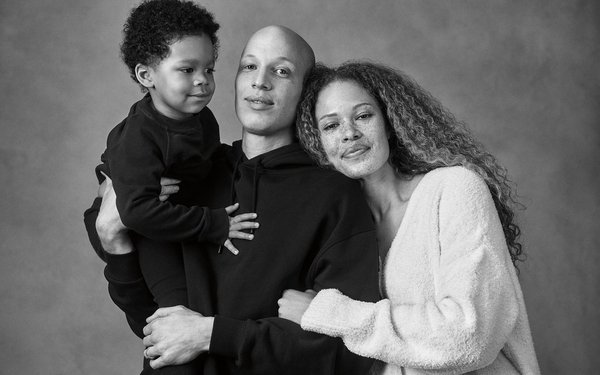 With experts predicting record spending for Mother's Day, Victoria's Secret is rolling out a new campaign that it hopes celebrates every stage of motherhood.

It's a visual departure for a brand best known for super-sexy and brightly-colored sweet nothings. For one thing, it's shot in black-and-white by Cass Bird, a fashion photographer better known for grittier work for such names as Levi's, Nike and the New York Times Magazine. And for another, models are photographed in clothes that are more pandemic loungewear than lacy escapes.

Hoping it sparks sales of its PJs, robes, slippers, legging and fleece sets, the company says the campaign illustrates "the beauty, authenticity and emotional connection between those photographed, highlighting many stages of motherhood."

In addition to running on digital and social channels, the campaign also includes a magalog. And, as it has in years past, the push includes a cause-related component. It’s partnering with local nonprofit agencies to support its Adopt-A-Mom program, which  supports mothers and families in need.

The launch comes as the brand continues to fight its way back to relevance. Increasingly, young women are turning up their noses at confining underwires and unnecessary froufrou, favoring the comfort of such brands as Aerie, owned by American Eagle Outfitters, as well as D2C companies like ThirdLove, AdoreMe and Cuup.

The good news is that retail experts predict a surge in all kinds of Mother's Day spending this year. The National Retail Federation predicts Americans will shell out a record $28.1 billion this year, a $1.4 billion jump from 2020. And about 83% of those in its annual survey say they'll mark the day somehow and honor mom and other mom-like women in their lives.

This year consumers plan to spend an average of $220.48, a record, up $16 from last year. Jewelry is driving 59% of the year's increase, and electronics sales are predicted to be higher, too, accounting for 28% of the forecasted gain.

Younger consumers, those between 25 and 34, are also fueling growth, planning to spend about $367, up $99 from last year.

The NRF study, conducted by Prosper Insights & Analytics, finds that while the number of in-person celebrations are still markedly lower than before the pandemic, 82% say that because of the pandemic, celebrating is extra important to them this year.