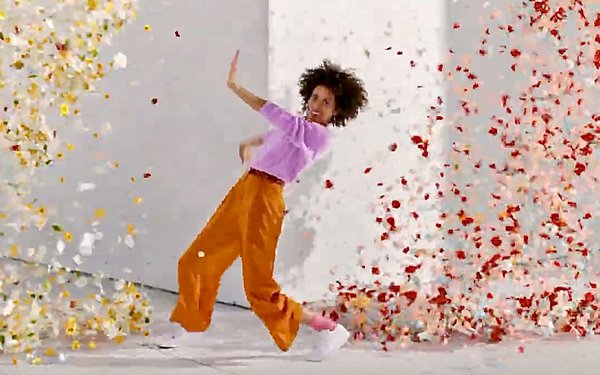 Hard liquor drinkers have no trouble finding flavored varieties, but the new Grey Goose Essences is at least a different avenue for that vodka brand.

It already sells pear, orange, vanilla, lemon, melon and cherry versions. The Essences line consists of citrusy Strawberry & Lemongrass, White Peach & Rosemary, and Watermelon & Basil, a botanical spin it says upfront is being pitched as a vodka variety that can be paired with a glass of soda.

It is not overtly pitching the drink to calorie counters, but it is 73 calories per serving, with no sugars or carbs and that sounds familiar. It's exactly like Ketel One’s Botanical, which has been around for a few years, though the Grey Goose herbs seem a little more exotic.

But skipping product attributes, the new one-minute ad Grey Goose has put together to widen knowledge of Essences (which hit the shelves in February) is an interesting, colorful eyeful.

It uses cool VFX technology from the MullenLowe LA creative agency. The spot begins with a woman whose finger points toward a spray of flowers in a shop window. The touch blasts her backward into a wall, and suddenly the screen is awash in colorful, swirling petals that move in motion to the Afro-disco fusion song “Funky Drummer” by Rim Kwaku Obeng.

The product isn’t announced until the last frames, nor described. But the commercial itself kind of tastes good.

“We don’t want to tell people what Essences tastes like, we want them to experience it,” said Martin de Dreuille, vice president of  global marketing. “Everything you see on screen is the epitome of the vibrant and delicious taste inside every bottle.”

Vodka brands are revving up for the spring and summer. A few days ago Absolut Watermelon debuted, according to the brand an acknowledgement of “the watermelon trend” -- that is, Nielsen’s analysis that watermelon-flavored drinks have grown 40% YOY among mainstream drinkers.

Grey Goose also tapped into that trend. It said its introduction of the Essences line, which included the Watermelon & Basil flavor,  sold 50% more in its first weeks than the company had anticipated.

The new ad will debut on the pre-Oscars red carpet show on Sunday  It’s the first in a series, and will run across traditional and digital channels,  with new digital and social-first assets and “an exciting series of virtual and in-real-life elements that will be announced throughout spring and summer.”

The brand must think it’s on to something. It says the campaign is set to be the biggest push since Grey Goose launched in 1997.