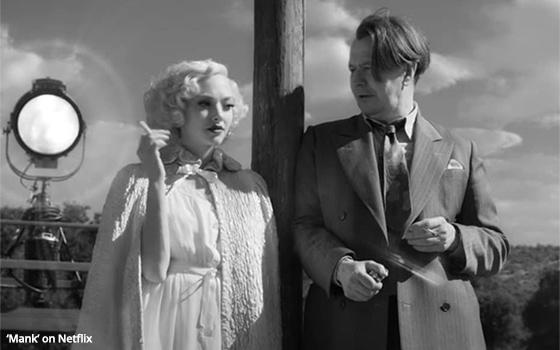 Netflix took home the most awards at the Oscars, leading all studios -- but it failed to get the ultimate trophy for best picture.

That went to Searchlight Pictures’ "Nomadland."

After Netflix, Walt Disney had five Oscars, followed by Searchlight Pictures, with three; Warner Bros. with three; Disney-Pixar with two; Amazon Studios at two; and Sony Pictures Classics with two.

Netflix won two Oscars for “Mank,” the most-nominated film this year with 10 nominations, for cinematography and production design. And it nabbed two more for “Ma Rainey’s Black Bottom” -- for makeup/hairstyling and costume design.

There were also wins for documentary feature "My Octopus Teacher," live-action short "Two Distant Strangers" and the animated short film "If Anything Happens I Love You."

Coming into the event, the subscription video-on-demand platform had more nominations that any other studio, with 36 -- up from 24 a year ago.

This year, after Netflix, Amazon had 12 nominations, while Walt Disney and Warner Bros. each had 8, followed by Focus Features, 7; Searchlight Pictures, 6, Sony Pictures Classics, each with 6; Universal Studios, 4; Samuel Goldwyn, 3; Apple, 2, and Hulu, 1. TV platforms Apple and Hulu were shut out of any big trophy wins.

Netflix's seven-trophy win is better than its result of a year ago, when it won trophies for best supporting actress for Laura Dern in “Marriage Story” and “American Factory” for best documentary feature.

“The 93rd Academy Awards” aired on the ABC Television Network.