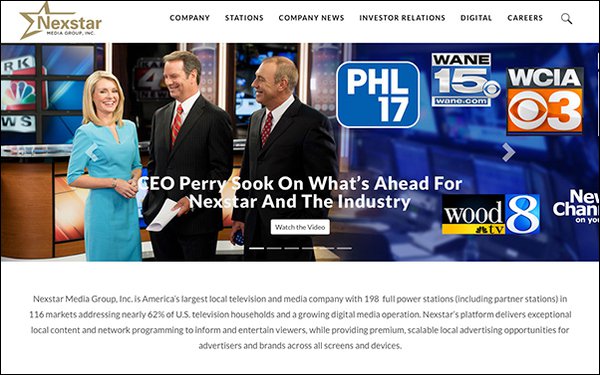 Core local TV advertising at Nexstar Media Group, the biggest U.S. TV station group, slipped 1.4% to $411.7 million in the first quarter due to comparisons with higher revenues in the pre-pandemic period -- the first three months of 2020.

“We are seeing some clear differences in terms of the pace of recovery in core advertising by geographic region and reopening stage,” says the company in its earnings release. “We expect core advertising to return to growth over the prior year beginning in the second quarter of 2021.”