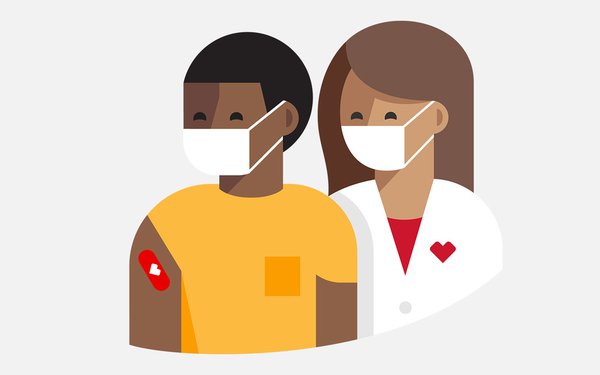 In a new twist on the push to get America vaccinated against COVID-19, Target says it will give $5 gift coupons to anyone receiving the shot in its stores.

The offer is available at its CVS at Target locations, which are found in hundreds of stores. The promotion follows the Minneapolis-based retailer’s earlier efforts to get its own associates vaccinated, paying hourly workers to get shots and offering free Lyft rides to and from their appointments.

The latest move comes as retail pharmacies play an increasingly crucial role in stopping the pandemic, changing up their strategies for reaching consumers. As demand for the vaccine has slowed, states and cities are shifting their focus to smaller, more focused efforts.

Walmart just announced that it’s doing away with appointments at all of its locations, with consumers now able to get vaccines on a walk-in basis at 5,100 of its Walmart and Sam’s Club pharmacies.

CVS recently announced Return Ready, employer-based vaccination clinics, which are available to any company with more than 12 employees. The Woonsocket, Rhode Island-based company says Delta Air Lines, the City of Philadelphia and the New York Shipping Association/International Longshoremen's Association are among the first organizations to roll up their sleeves.

Walgreens just announced a partnership with Uber, allowing people to book a vaccine appointment through the Uber app.

These efforts come amid aggressive industry efforts, including those of the Ad Council, to persuade more people to take the vaccine. And in a shift in strategy, President Joseph R. Biden now says the vaccination effort will include not just pharmacies but pop-up and mobile clinics, in order to get more people vaccinated before the July 4 holiday.

Cities and states are getting increasingly creative. The New York Times reports that Maryland is paying state employees $100 to get a shot and Detroit is offering $50 gift cards to people who give rides to vaccine locations. And New Jersey is buying people a beer.

Vaccine hesitancy is still a persistent concern. Polling reveals that while it continues to decline, there are still plenty of fence-sitters and outright refusers. In CBS’ latest poll, for example, six out of 10 Americans either say they will get their vaccines, or having gotten at least one dose. About 18% say “maybe,” and 22% say “no.” CBS says that is four points lower than those who expressed hesitancy or refusal last month.