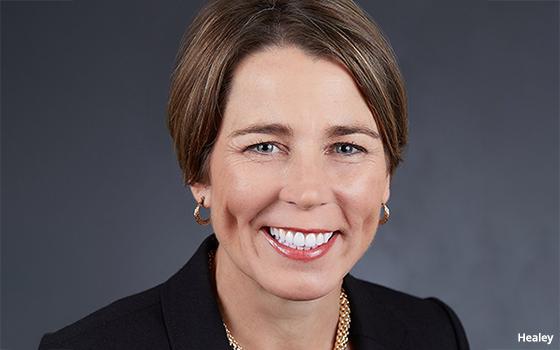 Publicis Health issued a statement saying the suit was “completely without basis.”

In a complaint filed in Suffolk Superior Court, the suit alleges that from 2010 to 2019, Publicis partnered with Purdue on dozens of contracts, collecting more than $50 million in exchange for developing marketing programs to get doctors to prescribe Purdue’s opioids to more patients, in higher doses, for longer periods of time.

The suit claims that Massachusetts has spent “at least hundreds of millions of dollars” addressing the opioid epidemic including appropriating $134 million in fiscal year 2016, $173 million in 2017, $185.3 million in 2018, and more than $200 million in 2019. “The Commonwealth seeks reimbursement from Publicis for its expenses abating the harms Publicis caused,” including those costs and other damages.

“Responsibility for the opioid crisis runs across the industry, from Purdue and the Sacklers, to consultants and partners like McKinsey and Publicis,” Healey stated. “Publicis convinced doctors to prescribe more OxyContin to more patients as the opioid epidemic was raging. As a result, patients in Massachusetts suffered, overdosed, and died, while Publicis collected tens of millions of dollars.”

The suit alleges that over its decade-long partnership with Purdue Publicis engaged in myriad unfair and deceptive strategies that influenced OxyContin prescribing across the nation, including in Massachusetts.

In particular the suit states that Publicis:

--Wrote and facilitated the delivery of thousands of unfair and deceptive emails to prescribers, including messages designed to get doctors to convert more patients to OxyContin from lower dose, short-acting opioids, and increase existing patients’ doses and duration on the drug, without regard for the increased risk.

--Helped Purdue increase the number of patients on OxyContin by placing ads for OxyContin in patients’ electronic medical records.

The state charged in its suit that Publicis also partnered with Purdue’s internal marketing team to “humanize” the OxyContin brand by creating patient vignettes to get doctors to recognize patients who could be started on OxyContin. Publicis devised marketing plans to deliver patient vignettes to prescribers, including through Purdue sales rep visits with doctors.

According to the suit, Publicis carried out the misconduct alleged in the complaint under several trade names, including Rosetta and Razorfish Health.

In February, Healey co-led a $573 million settlement joined by 53 attorneys general over allegations that McKinsey & Company similarly advised Purdue on how to target doctors to “turbocharge” OxyContin sales.

In June 2018, Healey was the first state attorney general to sue members of the Sackler family for their role in creating the opioid crisis.

“This lawsuit is completely without basis. We proudly support organizations fighting the opioid epidemic in Massachusetts and across the country. All of our work was completely lawful. Publicis Health acted solely as an advertising agency. It was not a drug manufacturer, distributor, or consultant. Our role was limited to implementing Purdue’s advertising plan and buying media space. We look forward to a Court determining there is absolutely no legal basis that supports this lawsuit.

The Massachusetts Attorney General’s complaint cherry picks unrelated statements made over the course of a multiyear engagement. It takes them out of context to create a completely false and misleading narrative. The complaint does not identify a single statement made by Publicis Health as false but instead relies on broad unfounded conclusions and a flawed public nuisance theory. Finally, it ignores the statute of limitations, which bars these claims.”