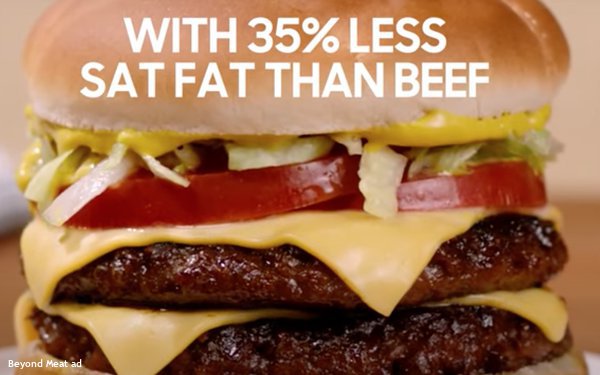 If the early bird gets the worm, do early worms always get eaten?

That’s the overarching question for Beyond Meat and Impossible Foods—early movers in bringing plant-based meat substitutes to the table five years ago this summer.

Meanwhile, the pandemic continues to deliver ups and downs to Beyond and Impossible.

Beyond managed to increase U.S. retail sales by 28% in its Q1 ended March 21. But food-service revenue declined by 26% as the company lost about 3,000 customers.

Nonetheless, Beyond gained about 2,400 food-service customers since the quarter ended.

On the retail side, price competition looms large, with Impossible cutting grocery prices by 20% in February.

“And yes, there's this competition and there's just massive discounting” is the way Beyond founder, president and CEO Ethan Brown described the retail scene on a conference call with financial analysts last week.

Brown went on to claim that 65% of Impossible’s sales are “on discount” compared to about 33% for Beyond. Beyond has distribution at approximately 28,000 U.S. retail outlets.

“And so I'm not going to react and get into some sort of discounting war with them,” he noted.

What Beyond does not dispute is that it needs to bring its prices closer in line with that of real meat. Brown reiterated the company’s goals of having at least one product at a similar or cheaper price than animal meat by 2024.

On the ingredient side, Impossible has won—at least for the time being—a war of words with the Center for Food Safety.

As previously reported, the CFS had challenged in court Impossible’s use of the genetically modified ingredient soy leghemoglobin—AKA heme—which is barred in markets like China and the European Union.

Earlier this month, a federal appeals court in San Francisco refused to overturn the U.S. Food and Drug Administration’s stance that heme can be used as a color additive.

Beyond’s recent “3.0” version of the Beyond Burger touts 35% less saturated and total fat compared to 80/20 ground beef—along with fewer calories and no cholesterol.

According to Brown, the company intends to add another patty option later this year containing less than half the saturated fat of 80/20 beef.

“Our goal of the second patty option is to provide consumers with even greater choice, not unlike the presentation of animal beef with 80/20 and 90/10 cuts.”

For its part, Impossible seems to be pushing the concept that meat is meat—regardless of how it originates.

It’s evident in this “We Love Meat” spot narrated by actor Scott Glenn. The voiceover doesn’t specifically say “we are meat,” but the commercial closes with the declaration “Impossible meat. Made from plants.”