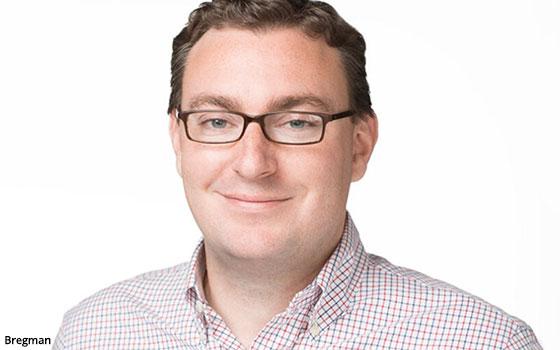 He replaces Peter Sedlarcik who is remaining with the agency to lead data & analytics services for a new unit focused solely on the shop's growing healthcare clients, which include Sanofi, BMS, Sunovion and a number of others.

Bregman reports to Global CEO Peter Mears who has also directly overseen the North America unit since the departure of Colin Kinsella in January.

Bregman is the latest high-level appointment at the agency’s North American operation. He joins after other recent leadership hires including Meghan Grant, recently named Chief Strategy Officer and Amy Ginsberg, as the Chief Investment Officer.

Previously Bregman was with Accenture as global managing director leading customer, marketing, and sales analytics within Accenture’s Applied Intelligence unit. In his role, he oversaw more than 1,000 data scientists across 20 regions worldwide.