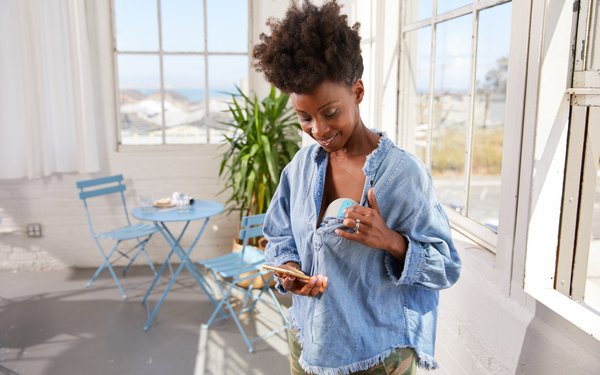 Willow, the wearable mobile breast pump, is introducing its first-ever brand campaign. Based on a bold "Declaration of Independence," the effort is meant to be a strong show of support for an army of stressed-out, lactating moms.

"We've all seen the studies on how hard the pandemic has been on working moms," says Sarah O'Leary, chief marketing officer for the San Francisco-based company. "And we know the stress and aggravation of traditional pumping is one reason new moms choose not to go back to work. So the idea behind Willow is to bring them the best technology and try to change the conversation about motherhood."

Willow, which won awards at CES when introduced several years ago, costs $499, more than competitive products. But the hands-free devices -- the two pumps tuck right inside a bra -- free women from the electrical cords and dangling bottles of traditional pumps. Using an app, Willow tracks the amount of milk expressed, which goes directly into self-contained bags.

The campaign, created by Ona, is using out-of-home in New York City, including Times Square billboards and subways.

It also includes an influencer component, with women happily sharing photos of themselves pumping while riding bikes, doing yoga, or at the office. Among them: professional surfer Bethany Hamilton, singer-songwriter Teyana Taylor and comedian Laura Clery.

Since its launch several years ago, Willow has liberated 130,000 from conventional pumps, and its customer data shows it saves women about 240 hours a year. About 93% of its users say the technology reduces the stress of breastfeeding.

That's important. The CDC says that while 84% of new moms start breastfeeding, only 58% are still at when their baby is six months old. And 60% of mothers do not breastfeed for as long as they first planned to.

While the pandemic baby-bust hasn't cut into Willow's sales, that decrease in births "speaks to the amount of stress that moms are under. It's more urgent than ever that we're able to provide solutions that make breastfeeding a little bit easier," O'Leary says.

The pandemic has sparked an increase in interest, she says. "For one thing, breastfeeding is considered the best way to protect babies from infectious diseases. And because the milk is self-contained, it's more hygienic than other options."

Interest has been strong among healthcare workers "because they are so concerned with pumping in a way that prevents the possibility of infection," O'Leary adds.

Willow is also working to make the pump more widely available through insurance coverage, which often reduces the cost by up to $150 and provides discounts for healthcare workers. Each of the influencers is also giving away a free pump to one of her followers.

O'Leary says that after its latest round of funding, at about $82 million, Willow is set to launch additional products in the femtech space later this year. All are aimed at motherhood.