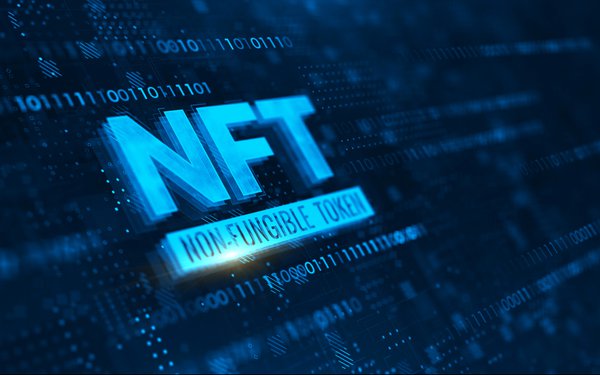 NFTs, or non-fungible tokens, are a new type of digital asset where ownership is recorded on a blockchain. The technology “threatens old media models and will take time for the industry to adopt and adapt,” says James Fox, global chief strategy officer at MullenLowe Group, a creative integrated marketing communications network of agencies.

NFTs are made using blockchain technology — similar to what might be used to build Bitcoin or Ethereum — and have more space on them than bitcoin, so a JPEG, MP3 or GIF can be embedded.

Each NFT comes with a unique identification code that is stored on the blockchain. This is the critical part, and means that each NFT becomes unique — and that’s what drives value.

The digital collectible world became the first to adopt NFTs, but the advertising industry offers many uses.

In one example that Fox mentioned, the Uffizi gallery in Florence, Italy wanted to make up for the lack of revenue during the COVID-19 pandemic, so it sold an NFT for a Michelangelo painting in its possession for $170,000, although it could be downloaded for free.

The NFT version came with an identification code, which authenticated the digital print as a one-off from the original. It's similar to the way an artist might create a numbered lithograph.

“Advertising is the commercial art world,” Fox says. In sports, they may take an image of Michael Jordan's first dunk. Just like a baseball card, it has real value — except it has video and audio, and can be sold as part of the NBA experience. People should not spend hundreds of thousands of dollars for a cardboard baseball card, Fox says, but they do "because of the scarcity attached to it.”

Brands have many assets that can be turned into collectible NFTs, similar to what the art world has done for digital works.

Brands have a lot of their own memorability that can be used as alternative revenue streams by mining their own history. One example of this is the first Apple ad. It's a little like when QR codes first emerged and brands rushed to find a way to use them. Then they ended up on menus during the pandemic.

NFTs remove the intermediary, because there's no need to pay a gallery to sell a digital piece of art, Fox says. And you don't need to pay a music label to reproduce it. Artists gain a consistent revenue stream. When the NFT is resold or used commercially [in an ad] the artist gets paid directly. Kings of Leon became the first band to release an album as an NFT.

It has huge implications for advertising and culture. “The next decade is about cutting out the middleman,” says James Fox, global chief strategy officer at MullenLowe Group, a creative integrated marketing communications network of agencies.

Fox says he has begun to see something similar to what happened in the middle of the Renaissance period with the Medici family. Two technologies were invented and came together: double-entry bookkeeping — a system of accounting that allowed merchants to become an economic force, moving beyond the church and royalty taking money — and the printing press.

When merchants started taking money, people requested art, because art conveyed status. Two-dimensional everyday objects were painted. Today we have the internet, which allows people to distribute ideas without them being mediated.

Blockchain technology allows people to create capital without a middleman.

“I view NFTs as an example of something much bigger, like a reorganization of how business and culture works, as blockchain technology is explored,” he said.

About 1 million verified users accept Brave attention tokens (BATs). The plan is to integrate BAT with search engines, virtual private networks, and ecommerce stores. Users earn the tokens for their attention, creators and publishers like The Los Angeles Times get paid for making content, and advertisers including companies like Purple gain a better return, per Brave.

There are brands experimenting with the technology. Pizza Hut Canada created a non-fungible pizza.

The brand created five designs to bid on, with only one NFT per artwork. Proceeds from the sales went to Direct Relief.

Interoperability of NFTs will make it easy to quickly exchange goods because they work on blockchain.

Take loyalty rewards, for example, that could create a marketplace for airlines and hotels.

Airlines with overbooked flights can offer customers incentives to wait for the next flight. The marketplace would provide easy access to see the hotels and restaurants in the area. All will have an option to be traded on the blockchain in the marketplace.