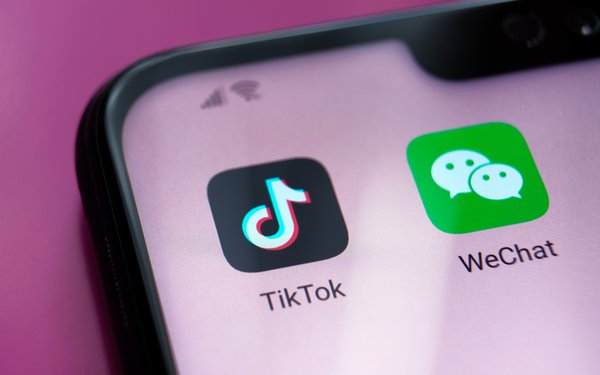 Instead, President Joe Biden ordered the Commerce Department to study the threats posed by some foreign countries' data collection.

Biden also directed the Commerce Department to issue recommendations to protect U.S. residents from the potential harm posed by the transfer of their sensitive data -- including personally identifiable information, health and genetic information -- to foreign adversaries.

The controversy over TikTok and WeChat began last August, when Trump said the apps posed a security risk and directed the Commerce Department to regulate them. That agency subsequently issued regulations that would have resulted in a ban on TikTok and WeChat.

Users of both apps successfully challenged the Commerce Department's actions in court. In WeChat's case, users argued that the messaging app is essential to Chinese speakers in the U.S.

The TikTok ban was challenged in several different lawsuits, including one brought by influencers who said they stood to lose income if the ban on the social video app went forward.

U.S. District Court Judge Wendy Beetlestone in the Eastern District of Pennsylvania prohibited the government from proceeding with the TikTok ban.

Earlier this year, the appellate courts stayed those cases at the request of the Biden administration, which said it was reviewing the prior orders.