Roger Waters Tells Zuckerberg To 'F...' Off Over Request To Use Pink Floyd Song 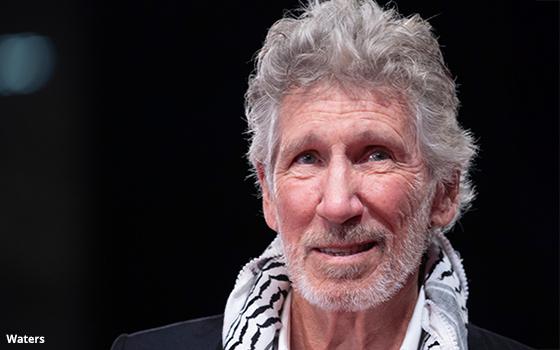 Speaking at a forum supporting jailed WikiLeaks founder Julian Assange, Roger Waters, one of the founding members of Pink Floyd, said Zuckerberg offered him "a huge, huge amount of money" to use his classic 1979 track "Another Brick in the Wall (Part 2)."

Waters also wrote songs like “Money,” “Pigs,” and “Shine on You Crazy Diamond.”

Bias and censorship seemed to come into play. Waters acted "defiant" in his rejection of Zuckerberg's request, calling him an "idiot," accusing him of preventing Assange's story from getting out to the general public through a massive campaign of censorship.

"I only mention that because it's the insidious movement of them to take over absolutely everything,” he said. “So those of us who do have any power, and I do have a little bit — in terms of control of the publishing of my songs I do anyway. So I will not be a party to this bull****, Zuckerberg."

He denied Zuckerberg the rights, in part, because it would make Facebook and Instagram even more bigger, so it could continue to sensor all and prevent stories like Assange’s story getting out to the general public.

Waters in February 2020 joined hundreds of protestors to demand the release of Assange by marching through the streets of central London. He said Assange was being held captive.

"I am representing the thoughts of ordinary people who believe in the law, freedom, and the freedom of the press and free speech," he told Skynews at the time.