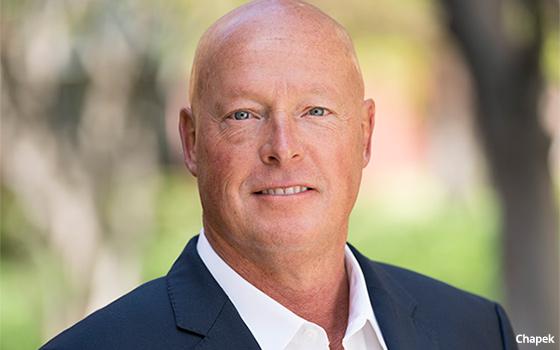 Although virtually all big TV/media owners have both advertising-supported and no-advertising premium streaming options, Walt Disney has no plans to offer an advertising-supported choice for Disney+."We're always reevaluating how we go-to-market across the world," said Bob Chapek, chief executive officer of Walt Disney, speaking at the Credit Suisse industry event on Monday. "But we've got no such plans now to do that."

Disney does have ad-supported streaming platform option for Hulu, its broad-base video-on-demand service.

Chapek also said Disney has no plans to break up Disney+ into specific content "brands" -- such as Marvel, "Star Wars," or National Geographic -- in terms of offering consumers more "a la carte" choice with separate streaming platforms.

"Our more aggregated model right now is serving us well,” says Chapek. "It gives us a very nice price value... If we have five brand tiles, five different offerings at the same time, that would get pretty expensive from a marketing standpoint."