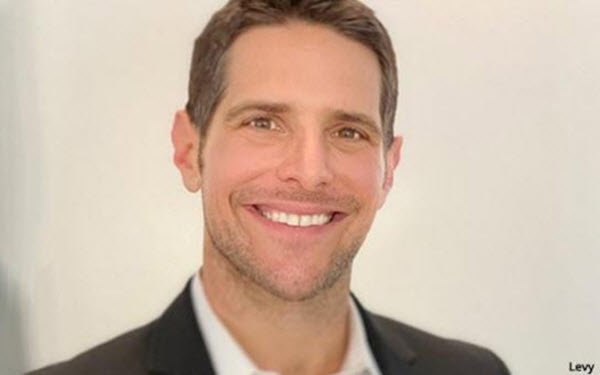 Buyers using the Invest TV platform to build linear campaign proposals can now activate unified audiences across all major television networks, and use those audiences within the platform to define deals, distribute and collect RFPs across publishers, review and request changes to proposals, and analyze post-campaign reporting.

Up to now, those using both OpenAP and Xandr had to execute on two inconsistent audience segments, and could only build a proposal across a subset of publishers, according to OpenAP CEO David Levy. Xandr users also found it difficult to access inventory from some OpenAP members, Now they can use a unified OpenID audience regardless of the platform, and create a proposal across all national TV programmers, he reports.

Xandr Invest’s clients include WarnerMedia, Discovery, Disney and A+E, among others. Together with OpenAP founder/owners Fox Corporation, NBCUniversal and Viacom and member Univision, most of the television industry can now use OpenID.

“The collaboration between Xandr and OpenAP is a gamechanger for both media buyers and sellers, removing friction that has existed with executing campaigns on advanced audiences at scale,” said Mike Welch, executive & GM of Xandr, in the announcement. “We built Invest TV to streamline and unify buying of advanced TV audiences, and we heard the message loud and clear that the ability to plan, buy and measure on the premium national TV footprint was critical. Xandr offers an automated access point to scaled reach in data-driven linear TV, and we’re thrilled to be working alongside industry innovator OpenAP to do it.”

While Xandr uses a number of audience identification solutions to serve its clients, OpenID might become a preferred solution for buys made across linear and digital, Welch told NextTV.

The Xandr/OpenID news comes two years after WarnerMedia, one of OpenAP’s original founders, pulled out of the initiative after being acquired by AT&T. At that time, AT&T reportedly decided to leverage Xandr to execute its own advanced TV strategy rather than participate in OpenAP, formed with the aim of standardizing audience segments and measurement to provide an industrywide solution for audience-based targeting across both linear and digital.

Xandr — cited by AT&T as one key reason for its $85-billion acquisition of Time Warner in 2018 — was merged with WarnerMedia last year. But in announcing last month that it has agreed to merge WarnerMedia with Discovery Inc., AT&T said it would retain ownership of Xandr.

While OpenID is a cross-platform ID, the first phase of the partnership with Xandr “is focused just on linear, given that is the primary use case for buyers using Invest TV,” Levy tells MediaPost.

“Having a consistent and centralized way to create an audience target for distribution and use across all TV publishers and platforms is the key to unlocking omnichannel targeting and measurement,” he said, when asked to elaborate on why Xandr’s OpenID adoption represents an advance for the industry.

“At OpenID’s launch, all 10 national TV programmers and five of the top agency holding companies committed to using OpenIDs in the definition and activation of audiences used to optimize and deliver targeted campaigns. Our recently announced Walgreen partnership illustrates how major brands are leveraging OpenID to enable use of their proprietary data by both buyers and sellers across the national TV advertising landscape.”

“Now, with this announcement with Xandr Invest TV, we are showing how major ad tech platforms are using OpenID to participate in the national TV advertising landscape more efficiently. It’s important to our clients that OpenID is interoperable with the ad platforms they want to use. Xandr Invest clients will now be able to use their OpenID audiences to execute buys across the TV ecosystem.”

Asked about other developments at OpenAP, including the status of its work with The Trade Desk to make OpenID interoperable with the TTD-developed Unified ID 2.0, Levy said that the work with TTD is ongoing, but no specific timeline is being announced.

He added that OpenAp will also work with other DSPs and identity solutions to advance interoperability.

“The key to OpenID’s success is our ability to quickly resolve any buyer data to an OpenID and then quickly match to viewership data to create an audience target for each execution path —traditional linear, national and local TV addressable, digital streaming direct-sold, digital programmatic and more,” Levy added.

“UID 2.0 is applicable for the digital programmatic environment when TTD is the DSP of choice for the buyer. So yes, we will be working with UID 2.0, but it wouldn’t be accurate to say that UID 2.0 is our ‘preferred’ solution for identity resolution.”

“It’s important for buyers that they can use a consistent audience across their media execution and that is why interoperability is so important,” Levy stressed. “That said, the TV industry does not have the same challenges as the open web when it comes to cookie deprecation, given that the majority of viewing is happening on a TV screen whether that be linear, CTV or VOD.”

OpenAP’s focus going forward is on “continuing adoption of our OpenID with more platforms, data providers and currencies, and enabling omnichannel targeting and measurement at scale so advertisers can begin to understand with much better precision who they are reaching and where,” Levy summed up.

In October 2019, OpenAP launched OpenAP Market, a marketplace offering unified audience-based buying of premium video advertising inventory across digital and linear television programming. The marketplace  reaches more than 90% of all U.S. television audiences through its combined member footprint of 20 cable networks, three broadcast networks and an array of digital video, according to OpenAP.