Vodkas Go Time Traveling, Get Their Pink On 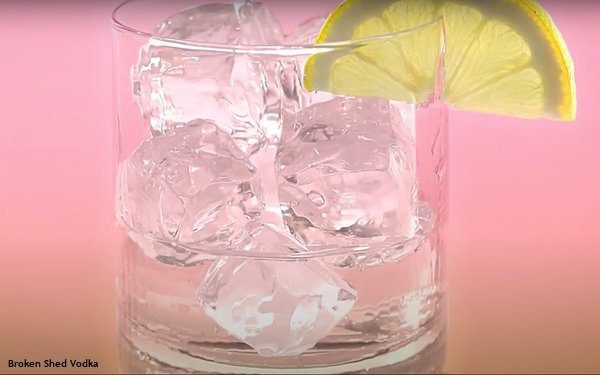 In the world of vodka marketing, a British brand has run afoul of the UK’s advertising watchdogs, a Kiwi brand has launched a time-traveling U.S. campaign, and the Russian-born category leader has gone pink.

Britain’s AU Vodka, which can be bought by Americans through such sites as The Whiskey Exchange  ($40.01 for a 700-mil bottle), was found by the Advertising Standards Authority to have violated rules in seven Instagram posts and several website images, according to a report yesterday in Spirits Business.

Among the violations, said to encourage excessive drinking, to link alcohol with driving and dangerous machinery, and to feature someone under the age of 25: a photo of the rapper Ghetts surrounded by 13 Au bottles; a video of rapper Chipmunk sitting on the hood of a car while pouring a glass, and in the passenger’s seat drinking from the glass; and a man holding a bottle and glass of ASU in a forklift truck.

The report said AU agreed to take down an Instagram post of a man pouring a bottle of vodka “on to his mouth and teeth, with the drink splashing down him, while holding another vodka bottle in his other hand,” along with the ads featuring Chipmunk and the forklift man.

No word though, on what’s happened to a post featuring rapper Aitch, who was 21 years old at the time of its appearance. UK rules say that alcohol ads must only show people who are, or appear to be, 25 years of age or over.

Meanwhile, across the pond, Chicago’s Schafer Condon Carter has worked with its subsidiary TimezoneOne on a new U.S. campaign for Broken Shed Vodka. The TimeZoneOne involvement seems most appropriate, since the ads play off time zone differences to position the New Zealand brand as the “Vodka of Tomorrow.”

“We developed this new campaign to inject a little New Zealand character and give our U.S. consumers a taste of the ingenuity and forward-thinking that Kiwis are known for,” said Jean-Marie Heins, chief marketing officer, Broken Shed Vodka.

You certainly can’t get more “forward-thinking’ than an in-store display declaring, “We already knew you’d grab a bottle, because we’re from tomorrow,”

From the “Vodka of Tomorrow,” let’s turn to the vodka of yesterday -- and today: category leader, Smirnoff, which began in Russia way back in 1864 and is now owned by Diageo.

This summer Smirnoff  is pushing its Pink Lemonade line, which includes Smirnoff Pink Lemonade Vodka Specialty, with 30% alcohol ($11.99 for a 750 ml bottle) and two malt beverages with 4.5% alcohol: the just-launched Smirnoff Ice Pink Lemonade ($8.99 per six-pack) and a still-to-come Smirnoff Seltzer Pink Lemonade.

Further details of the marketing campaign have not been revealed. Smirnoff’s agencies include 72 and Sunny, PhD, Taylor and Starpower.