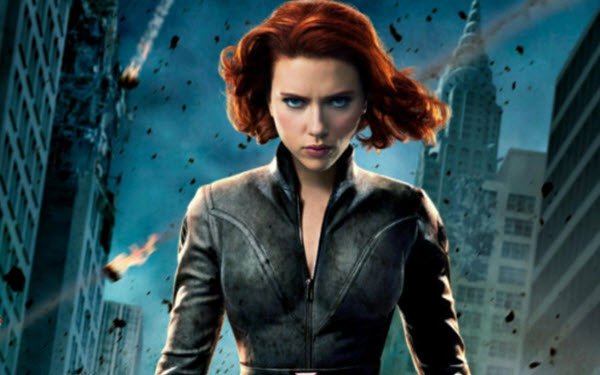 Marvel Studios’ “Black Widow” earned an estimated $80 million in North American ticket sales to achieve the largest domestic opening weekend since “Star Wars: The Rise of Skywalker” debuted in December 2019, before the pandemic, according to Disney.

The movie was the biggest driver of a total domestic ticket take of $117 million for the weekend -- the first weekend since the pandemic to exceed $100 million, according to Comscore.

"Black Widow," which debuted simultaneously in theaters and on Disney+ — where subscribers had to pay an additional $29.99 to watch it — grossed an estimated $78 million internationally and at least $60 million in Disney+ Premier Access rentals, for a total first-weekend haul of $215 million, the company reported.

Its strong performance in both theaters and on the small screen made it a “monumental” weekend for the industry, and strengthened “the case” for movie theaters, he said.

Others expressed more skepticism about the true meaning for the theater industry.

“This is an unprecedented way of reporting opening weekend business for a film, but Disney deserves some credit for detailing what was generated by the actual box office and what was earned from streaming,” Shawn Robbins, chief analyst at Boxoffice.com, told CNBC. “Hopefully this sets a standard for even more transparency across the industry, but it’s crucial to keep perspective on the unique circumstances and times we’re living in.”

The movie, starring Scarlett Johansson, is (with combined theater/streaming sales) also the only one to surpass $100 million domestically on opening weekend since the pandemic’s start.

That illustrates the “apples versus oranges” nature of trying to make movie performance comparisons when some are in theaters only and some are using a hybrid strategy. Further, it’s not clear if Disney will opt to continue to release streaming performance data along with theatrical revenues on a weekly or regular basis.

“Whether or not the Disney+ earnings should be considered successful is almost impossible to objectively measure right now,” he said. “That’s not only due to virtually non-existent comparison points, but also the long-term impact regarding the degradation of down-stream ancillary revenues and exacerbated concerns surrounding piracy that remain top-of-mind for current and future hybrid releases such as this.”

“If Disney sticks to theatrically exclusive plans for some or all of its most important movies after this summer, we’ll have better clarity on the meaning of these numbers,” Robbins added. “If the studio continues to strategize one film at a time in a global market that is still battling the pandemic, though, we’ll continue having to contextualize these numbers as one-of-a-kind each time out.”

According to Disney, fans have streamed nearly 3 billion hours of Marvel content on Disney+ to date.