Prudential Financial Brings Back 'The Rock' 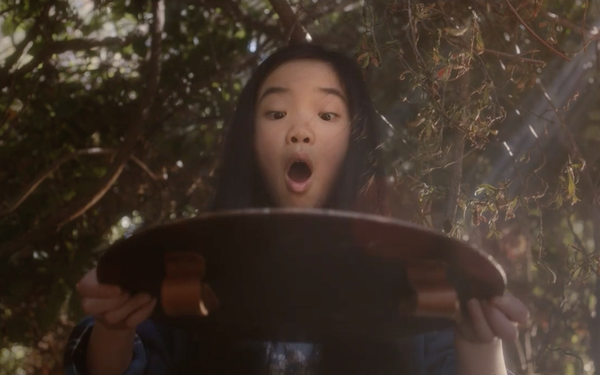 Prudential Financial is using the opening ceremonies of the Olympic Games as the launching pad for a global campaign from its new agency.

Themed “Who’s Your Rock?” the effort from StrawberryFrog also marks the return of the brand’s iconic rock, which the company says is a symbol of financial strength and resilience.

First introduced in its advertising 125 years ago, the famous Rock is returning in advertising for the first time in a decade, according to the company.

"We want to re-establish the power of the Rock and what it stands for in people’s lives—especially in this extraordinary time," says Susan Somersille Johnson, Prudential chief marketing officer. “And we're going to do it in a way that's different than anything you've ever seen from us, using the Rock to remind people that with a strong foundation, you can shatter barriers.”

The move marks a renewed emphasis on the company’s “Rock solid” financial solutions, planning and investments and its aim to support customers in finding their “rocks,” especially as financial security remains an elusive goal for many.

The company named StrawberryFrog as its creative agency in May, two years after parting ways with Droga5.

As the country begins to emerge from the pandemic, more than two in three (68%) Americans express concern about their financial futures, and 62% are anxious about their current finances, paying off debt (54%), covering everyday expenses (52%) and spending on healthcare (56%), according to a poll commissioned by Prudential.

One in two people say it’s more important that ever that the companies and brands they turn to for financial services be trustworthy, responsive, strong and resilient, compared to a year ago.

The 60-second spot, featuring a band of children stumbling across a treasure box including "The Rock" image, will airs in major markets across the United States including New York, Los Angeles, Chicago, Miami, Dallas, San Diego, San Francisco, Washington D.C. and Philadelphia.

The campaign runs through December and will air on national and local TV, connected TV, social, digital and audio. It extends internationally to Brazil, Mexico and Argentina.

The company chose the Olympics to launch in part because it is a sponsor of the USA Climbing team and the sport is making its debut at this year’s Olympic Games.