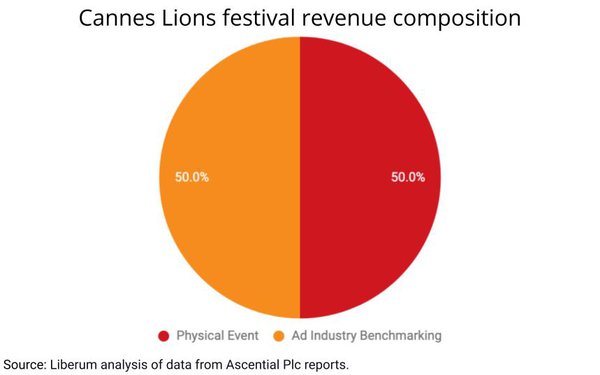 This year’s virtual version of the Cannes Lions awards were, by many measures, an industry success, pulling off a substantive digital rendition of the ad industry’s biggest schmoozefest, and in the process, recognizing some of its most outstanding creative, media, marketing and data works.

And while questions of its economic viability have loomed, a leading U.K. equity research team remains bullish on its performance this year, as well as its long-term prospects.

Revealing that roughly half of the festival’s revenues come from “benchmarking” and not from the physical event itself, Liberum analyst Harry Read characterized the Cannes Lions’ results as “resilient.”

Read estimated the Lions’ 2021 benchmarking revenues beat its 2019 levels, despite the absence of a physical event. (The Lions did not take place physically or virtually in 2020, during the height of the COVID-19 pandemic.)

“There is obviously intention to return to the physical event as they are permitted to do so, but marketing revenues are more resilient than perhaps first thought,” Read noted in a report to investors about Lions parent Ascential Plc’s first half 2021 results.

Other ad industry relevant components of Ascential also performed well, according to Read, including influential industry consultant MediaLink, which saw revenues grow 35% during the first half, and WARC (Worldwide Advertising Research Center), which reported a “retention rate greater than 90%.”

“Since acquisition, Ascential has taken FlyWheel from one marketplace in one country, to 60 marketplaces in 14 countries, and has increased sales by 3x,” Read writes in his report, noting that while Flywheel’s revenue growth was not explicitly broken out, it likely expanded in the “30%-50%” range. 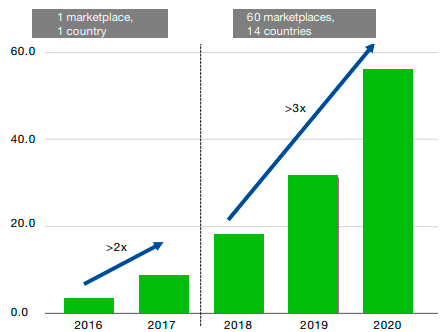