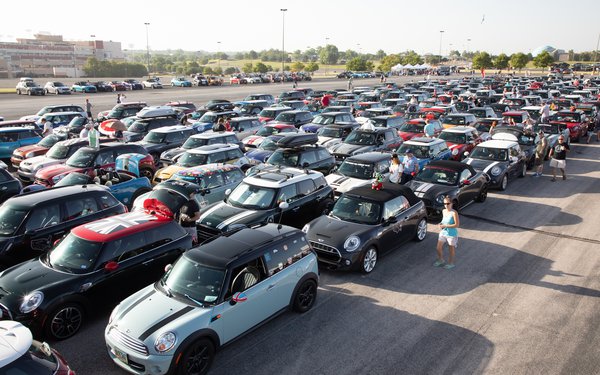 After a two-year pause due to the pandemic, Mini Takes The States will definitely return in 2022.

The automaker announced that the eigth iteration of the road rally event will take place July 9-17.

The news was announced to the Mini fan community during the virtual meet-up that concluded the recent Mini Together event, celebrating the National Day of Motoring.

The much-anticipated event for owners was postponed in 2020 and 2021 out of an abundance of caution and concern for the health of the brand’s loyal community, says Caryn Grun, manager, experiential marketing, Mini USA.

“Everyone at Mini USA looks forward to this event because it’s a great opportunity for us to spend time with our owners and share our passion for the Mini brand,” Grun tells Marketing Daily. “Being out on the road with other Mini owners is what being a part of the Mini community is all about."

Over the past few years, Mini USA has hosted Strut Your Mutt events at dealers across the country. The automaker also raised over $16,000 over the past few months leading up to and during the Mini Together virtual event. Fundraising efforts will continue up to and through the conclusion of MTTS 2022.

Around 65% of all Mini owners have a pet, so the partnership aligns well with customers and the brand, Grun says.

The upcoming MTTS will kick off and end at the same cities planned for the 2020 rally, leaving from Burlington, Vermont, and ending at the BMW/Mini Performance Center in Spartanburg, South Carolina. The route will follow a similar path to what was planned for 2020, but the final route will be confirmed at a later date.

The last Mini Takes the States in 2018 attracted more than 3,600 owners who took part in the Rally to the Rockies, with 1,000+ Minis on the road each day. The two groups drove on two separate routes, one starting in Orlando, Florida and the other in Portland, Oregon, converging in Keystone, Colorado for a three-day festival.