American Eagle, GapKids Say Individualism Is In For Back-To-School 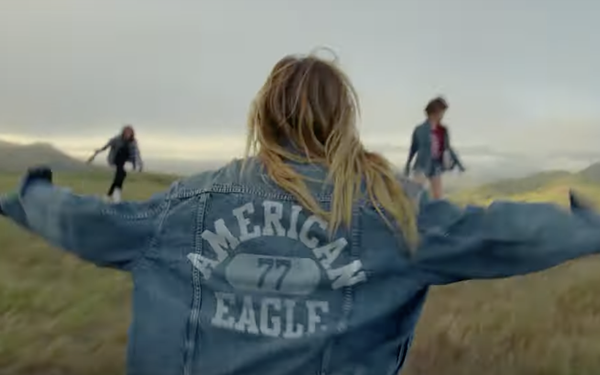 The school bell is getting closer, and both Gap and American Eagle Outfitters are eager to find new ways to appeal to kids as they head back to school. Both focus on kids’ pent-up eagerness to get back on the bus -- and their desire to forge their own style when they get there.

It's also pushing some all-new ways to shop, including a partnership with Snapchat and Bitmoji, connecting customers through augmented reality and digital expression.

But while wanting to look the same often drives teen trends, the new effort is building on Gen Z's commitment to looking different, supporting “our customer's freedom to be their truly unique self," AE says in its release.

Among the dozens of new offers? For girls, high-waisted flares, baggy Mom jeans, jeggings and pleated tennis skirts. And for boys, AE has added Athletic and Airflex fabrics for comfort. The company’s also expanding its lineup of hoodies, baby polo tees and flannels.

AE says its "Dress Yourself" augmented-reality experience, in partnership with Snapchat, is the first of its kind. By using a front-facing camera, shoppers can try on selected looks.

Users can access the AE x Bitmoji collection on Snap to check out the brand's first-ever digital clothing line. They can also explore how campaign cast members have tricked out their avatars, and then choose digital duds for their own Bitmoji.

Gap Kids is going at individualism in a different way, with an ad highlighting the amazing David Jamison. The fifth-grade teacher from Memphis has already wowed the internet with his ability to memorize elaborate handshakes for each of his students.

In the spots, Jamison, who calls himself "The Dope Educator" on social media, stars with his students, all wearing the latest Gap looks.

"Jamison's approach to teaching and commitment to his students as individuals is inspirational and heartwarming," says Mary Alderete, global head of Gap marketing, in the campaign announcement. "He is equal parts champion and role model. Back-to-school is even more meaningful when many students are returning to the physical classroom for the first time in over a year."

Gap also donated hundreds of school uniform pieces and hoodies to support students and families at the school.