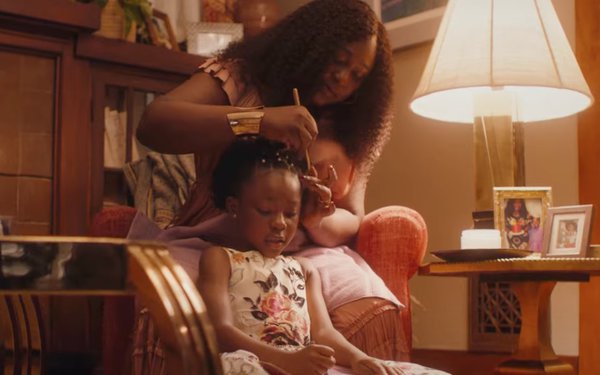 Sephora has been thinking about diversity harder than most other retailers. Now it's channeling those ideas into a new campaign called "Black Beauty is Beauty."

The beauty retailer hopes the ads will take people beyond the basics of simply showing Black-owned brands used by Black consumers. Instead, it focuses on the way innovations from Black culture are used by all people.

"We wanted people to see that many trends in the beauty industry overall have been from the Black community," says Abigail Jacobs, senior vice president of integrated marketing and brand. "And as we got to know this story ourselves, we wanted to share it. We want to invite people into this understanding that many of the everyday products, tricks and trends they use are  rooted in Black culture."

Many consumers regularly use products that evolved from Korean and Japanese beauty culture, she says. "Black beauty is as important. This is an ongoing evolution for us as a brand."

Shannon Washington, senior vice president and executive creative director at R/GA, which created the spot, says the challenge was to show that influence "through the lens not necessarily of a product, but of culture," she tells Marketing Daily.

"We want people to know that Black beauty is something people are already participating in. It's not exclusive just for the use of Black people," she says.

Washington says that increasingly, diversity is more about what is happening behind the scenes, including working with people like Garrett Bradley, the spot's young director, who has won an Oscar nomination for “Time,” a short documentary.

Other campaign assets include TV spots, digital, and paid and influencer partnerships. All elements will run through November 2021.

Sephora, owned by LVMH, says this is its latest step to expand the way it approaches diversity. Last year, it was the first major retailer to commit to the 15 Percent Pledge, promising to increase its number of Black-owned brands.

It's also taking a closer look at the retail experience itself. Sephora found itself under consumers’ scrutiny back in 2019, after singer SZA, ironically a former Sephora employee, took to social media to complain after a Sephora associate called security on her with no provocation.

Last January, it released research finding that two out of five BIPOC shoppers have been discriminated against while shopping. And one in three retail employess have also been mistreated, either by colleagues or customers, leading many to consider quitting.

"We wanted to root ourselves in a place of truth," Jacobs says. "What is the reality that our diverse client base faces today, and how can we build an action plan coming out of that?"

The biggest takeaway, she says, comes down to representation. "It's not just about seeing yourself in a diverse workforce," she says. "You  also want to see yourself in the marketing."

Jacobs tells Marketing Daily that Sephora plans to follow up this effort with an extensive campaign that features its Black-owned brands.

Earlier in 2021, Sephora said it would increase its physical presence, opening more than 260 new stores in the U.S. this year -- some 60 freestanding units, and more than 200 inside existing Kohl's stores.