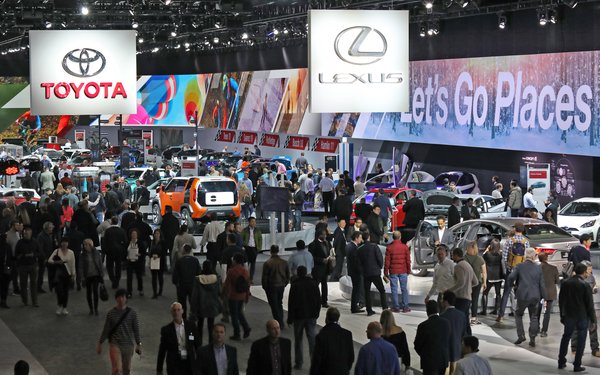 The pandemic has once again forced the hand of the New York International Auto Show, which has been cancelled for a second year.

Mark Schienberg, president of the event, announced the cancellation in a statement Wednesday, citing “growing incidences of the COVID-19 Delta variant” and the restrictive measures to combat it recently announced by the state and city.

A number of vehicles were expected to be revealed at the event during the media days preceding it -- including the 2022 Lincoln Navigator, at an Aug. 18 event hosted by Lincoln president Joy Falotico and multi-awarded artist and brand ambassador Jon Batiste.

The show, which is normally held in the spring around the Easter and Passover holidays, was pushed back to August this year in the hopes that the pandemic would have subsided amid rising vaccination rates and mask-wearing reducing the spread in the city.

Indeed, New York is among the states with the most vaccinated residents, with 63% having received at least one vaccine dose and 57% fully vaccinated as of Aug. 2, per Our World In Data.

“As custodians of the 121-year-old New York Auto Show, we are committed to providing a safe environment for everyone including attendees, exhibitors, and the thousands of men and women who put the Show together,” Schienberg says in a release. “Over the past few weeks, and especially within the last few days, circumstances have changed making it more difficult to create an event at the high standard that we and our clients expect.”

Attendees at auto shows spend an average of almost five hours there, with nearly 72% of those visitors indicating that they are in the market to purchase a vehicle over the next 12 months, per the show’s organizers.

“We fully appreciate and acknowledge how important auto shows are to the automakers, retail new car and truck dealers and the public alike, and we strongly believe in the future of these valuable marketing events," Schienberg says, adding that he anticipates the show returning to its regular spring schedule in April 2022.

Other automotive-related events have also been affected by growing concerns about public health and the Delta variant.

The Chicago Auto Show, usually held in February, was rescheduled for July, with much of the activity happening outside the convention center in open-air test tracks and displays.

Detroit’s North American International Auto Show, scheduled to to be held in June, was rescheduled to two outdoor events. The Motor City Car Crawl is still a go for this weekend, Aug. 5-8, and Motor Bella, which is promising several automaker reveals, is scheduled for Sept. 21-26.

The Woodward Dream Cruise, which bills itself as the world’s largest one-day celebration of car culture, attracting more than 1 million visitors and over 50,000 muscle cars, street rods, custom, collector and special interest vehicles to Metro Detroit, will go on as planned. It is scheduled for Aug. 21.

The Detroit Big Three automakers all have large activations planned in connection with the classic car parade, including Roadkill Nights Powered by Dodge on Aug. 14.

The 70th Pebble Beach Concours d’Elegance in California is still on the books for Aug. 15 after having been scrapped last year. A number of automakers have activations planned for it and related events, Monterey Car Week and The Quail, A Motorsports Gathering.