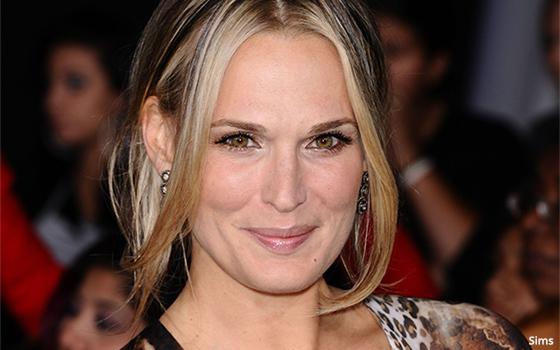 Actress and model Molly Sims must face a trademark infringement claim over an endorsement on her blog, a federal judge has ruled.

U.S. District Court Judge Cormac Carney in the Central District of California ruled Friday that Petunia Products -- which sells eyebrow products under the name Billion Dollar Brows, and has trademarked the phrase “brow boost” -- could move forward with a claim that Sims infringed that trademark by promoting a product called “Brow Defining Boost.”

The allegations against Sims centered on a September 2020 post on her blog, in which she touted the $112 tinted eyebrow gel, sold by Rodan + Fields.

The post, “Molly’s Secret To Defined Brows,” states at the top: “Thanks to Rodan + Fields for sponsoring this post. All thoughts and opinions are my own.”

In the post, Sims says consistent use of the gel “helps boost the appearance of fuller, thicker and more defined brows.”

The post -- which doesn't use the actual phrase “brow boost” -- includes a link that takes people to a site where they can purchase the gel.

In April, Petunia Products sued Rodan + Fields, Sims and up to 300,000 as-yet-unidentified “consultants” that Rodan + Fields are allegedly using to sell the product through multi-level marketing arrangements.

Those arrangements call for “consultants” to use the hashtag #browboost to hawk the eyebrow gel on social media, according to Petunia Products' complaint.

Petunia Products claimed in the lawsuit that Sims, Rodan + Fields and the unnamed consultants are all infringing the trademarked term “brow boost.”

An attorney for Sims urged Carney to dismiss the allegations against her for numerous reasons, including that her blog post should should be considered “editorial” -- and therefore protected from trademark infringement liability -- as opposed to commercial.

Carney rejected the celebrity influencer's argument that blog post was “editorial,” writing that the post appears to be a paid ad.

“She thus crossed from protected consumer commentary to commercial use,” Carney wrote in a 13-page decision.

Carney also rejected Sims' argument that third parties such as herself, who write sponsored blog posts, should not be liable if the product that's advertised has a name that may infringe another company's trademark.

While Carney's decision that the blog post is an ad isn't especially surprising, the decision to allow a trademark infringement claim against Sims appears unprecedented, according to University of New Hampshire School of Law professor Alexandra Roberts.

“I am pretty shocked that the court ... declined to dismiss the direct infringement claims against her,” says Roberts, who teaches and writes about trademark infringement.

“Molly Sims isn't the producer. She's not the brand. She's just a celebrity endorser,” Roberts says, adding that Sims wasn't the one who chose to call the product “Brow Defining Boost.”

“Molly Sims is an influencer and, through her influencing ... she was promoting this product that we believe to be infringing,” he tells MediaPost.

Rodan + Fields said in separate papers filed last month that it plans to defend itself by arguing that it has a fair use right to use the words “brow,” “defining” and “boost” in connection with the gel, because those words describe the product.