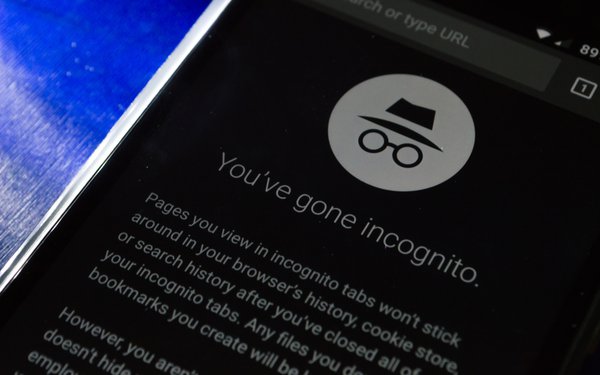 Faced with a class-action complaint, Google appears to be readying an update to the disclaimers it provides about the Chrome browser's “incognito” mode -- which the company has long touted as offering users the ability to surf the web privately.

Incognito mode allows people to visit websites without storing information about those sites on users' devices.

But even when people browse in incognito mode, the websites they visit can collect information about users' IP addresses, devices and the content they're accessing -- all of which can power “device fingerprinting,” a controversial tracking technique that doesn't rely on cookies.

Currently, Chrome users who load an incognito page are greeted with a message stating: “Now you can browse privately, and other people who use this device won’t see your activity.”

The current page goes on to warn users that their activity may still be visible to websites, their employer or school, and their internet service provider.

A potential new incognito home page spotted by TechDows revises that language in a few ways. One major change is that the potential new home page no longer informs users that they can now browse privately.

News of the potential revision comes six months after a federal judge allowed Google users to proceed with a lawsuit accusing the company of violating federal and state privacy laws by tracking Chrome users who browse the web in incognito mode.

The Chrome users alleged that they were tracked by Google, despite using the browser's incognito mode to visit sites including CNN.com, Apartments.com and NYTimes.com.

They claimed that even in incognito mode, visiting a site that uses Google Analytics or Google Ad Manager resulted in Google's collection of IP addresses, browser and device information, and web pages' content.

Google argued that the lawsuit should be dismissed at an early stage for several reasons, including that users consented to any data collection. The company said its terms of service incorporated a privacy policy that stated Google would receive data from third-party services.

U.S. District Court Judge Lucy Koh in the Northern District of California rejected that argument, writing that the company's general disclosures in the terms of service didn't say Google could collect information when people are in incognito mode.

“A Google user reading the general disclosure ... might have reasonably concluded that Google does not collect this data from users in private browsing mode,” she wrote.

Google separately argued that websites from which data was collected implicitly consented to the alleged interception of traffic. Koh rejected that argument as well.

“Google does not demonstrate that websites consented to, or even knew about, the interception of their communications with users who were in private browsing mode,” she wrote.