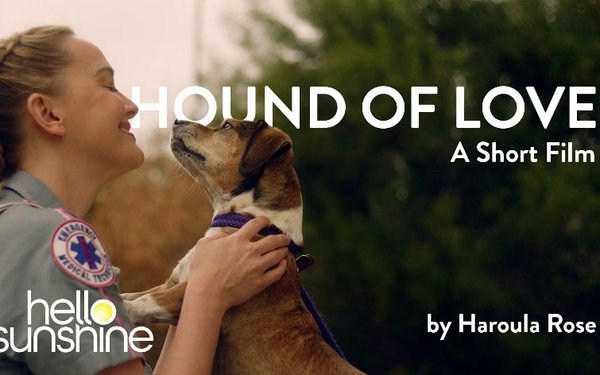 Reese Witherspoon is no stranger to rom-coms -- she rose to fame with roles in the likes of “Legally Blonde,” and “Sweet Home Alabama.” Now, two decades later, her Hello Sunshine media company is ushering in what it calls the “modern-day rom-com” -- with the help of partners Baileys Irish Cream liqueur and Bumble, the “women’s first” dating app.

The team-up involves Baileys sponsoring three short films, each inspired by real stories from Bumble’s “Meet Cute” (the app’s term for first dates), which are now running on the Reese Witherspoon x Hello Sunshine YouTube channel and will also be housed on The Roku Channel starting this fall.

The films were made by female and non-binary filmmakers -- Carly Usdin, Sadé Clacken Joseph, and Haroula Rose -- and feature Shalita Grant and Shannon Woodward in Usdin’s “First Date,” Jess Weixler and Kate Micucci in Rose’s “Hound of Love,” and Bianca Lawson in Joseph’s “The Sign.”

Each film, running 10 or 11 minutes, includes a supporting appearance by Baileys Irish Cream.

The three stories were selected by the filmmakers out of hundreds submitted by Bumble users in a 2020 contest asking for true “Meet Cute” stories. Winners were rewarded with a trip to Los Angeles for the filming of their story, plus $10,000.

These “modern-day rom-coms” appear as Witherspoon is selling her ownership stake in the five-year-old Hello Sunshine to Blackstone Group for a reported $900 million.

Diageo’s Baileys, meanwhile, is facing off against another celebrity, as Mariah Carey has launched her Black Irish brand in a direct challenge to the Irish cream giant.

And Bumble, the largest online dating app in the U.S. not owned by Match Group, plans to expand in a new direction this fall with the opening of Bumble Brew, a café and wine bar in New York’s Nolita neighborhood developed with Delicious Hospitality Group. This space for physical connections follows the temporary Bumble Hives, which began popping up in New York, Los Angeles, Austin and other cities in 2017.