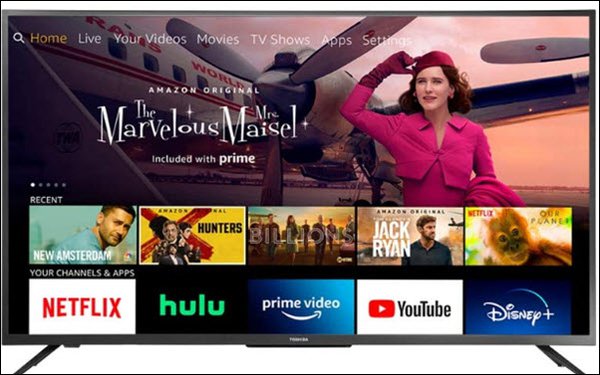 Amazon is poised to take on TV giants including Samsung, LG and Sony by launching Amazon-branded TVs in the United States as soon as October, according to Business Insider sources familiar with the matter.

The sets, to be powered by Amazon’s Alexa voice assistant, are at least initially being manufactured by third parties, including TCL, but bear only the Amazon name, BIreports.

They have been in development by Amazon Devices and Lab126 for nearly two years.

Amazon already sells an Amazon Basics TV in India for roughly $500 (prices vary by size). Those models are made in conjunction with Radiant Appliances and Electronics.

Amazon has also been selling TVs with integrated Fire TV software for years, but those are branded by Toshiba (shown) and other manufacturers.

Amazon has not responded to requests for comment on the report.