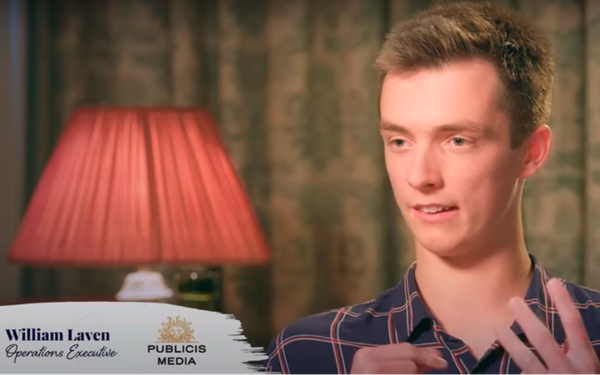 To help the advertising and media industry rally behind the broad spectrum of its talent pool -- especially those who would otherwise be viewed as being part of some marginalized of stigmatized community -- Starcom is showcasing some of its bravest talent in a new documentary series developed with U.K. broadcaster Channel 4.

The series, which is being teased in a video posted on YouTube (see below) features Starcom London staffers such as William Laven, who overcame a speech impediment, as well as Zehra Rizvi, who battled with extreme introversion to build successful careers at the Publicis Groupe media services agency.

“Media can seem quite intimidating," Starcom B2B Accounts Manager Rizvi acknowledges in the clip, adding: "You have to throw yourself in straightaway.”

"Why should I let my stammer hold me back from going into the industry that I wanted to go into?," offers Publicis Media Operations Manager Laven, who also discussed the role of neurodiversity in organizations, including people with autism, dyspraxia, and Tourette's.

Interestingly, I-com formed a working group last year to explore the role neurodiversity plays in strengthening -- not harming -- organizations, based on the premise that people are wired differently, to also help creative organizations think differently.

The Channel 4 documentary series, aptly entitled "Brave Stories," will highlight individuals who have overcome and/or prospered despite occupying "marginalized identities" such as these, as well as physical disabilities, gender reassignment, race, religion, beliefs, sexual orientation, etc.

In the last year, ad land has stepped up to try and battle our diversity issues and, as part of this, we've been working hard to produce something that celebrates diversity in a real and relatable way," Starcom CEO Nadine Young said in a statement unveiling the series. "By being brave in the conversations we have, we can make a difference to our clients, our workplaces, and the industry as a whole. This kind of project isn't about finding the average or a statistic, we wanted to showcase real stories from real people that will inspire others.

While produced in the U.K., the 15-20 minutes films will be distributed via Starcom's and Channel 4's websites and promoted via their social media feeds. 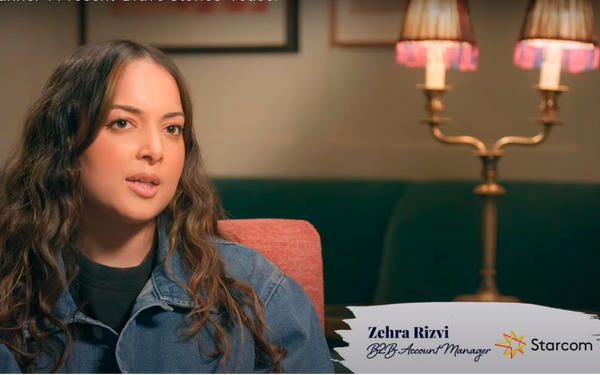