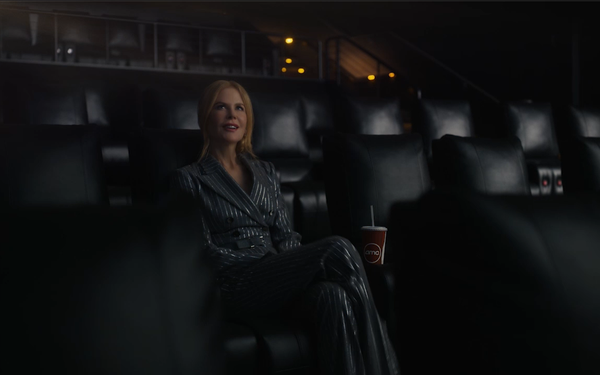 In a first for AMC Theatres, the largest U.S. movie-theater chain, is airing a national advertising campaign -- with the bulk of a $25 million ad budget to be spent on network television.

Creative will consist of 60-second, 30-second and 15-second commercials, highlighting the message that a big screen communal setting for films can only be found in movie theaters, something that makes movies better.

The campaign starts today, Sept. 8 on online and social-media platforms. On Sunday, Sept. 12, video advertising messages will play across multiple platforms worldwide, in particular on U.S. network television. Later this month, those messages will be seen in nearly 600 U.S. AMC theaters.

The company says, according to its knowledge: “This marks the first national advertising program by a major theatrical exhibitor in the history of cinema.”

This comes as the U.S. movie theater industry is slowly trying to get back to its strong pre-pandemic business period, resulting in ongoing profits and box-office revenue.

From March 2020 through well into the spring this year, there were massive U.S. movie theater closures due to pandemic restrictions. Only recently have theaters open to near 86% levels. But attendance still lags.