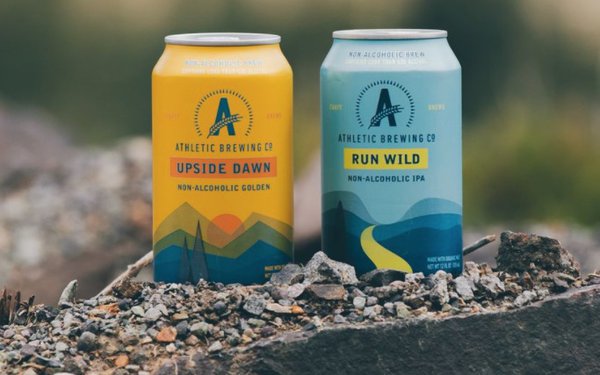 It began well before COVID-19 shut down bars and restaurants, and continues to uncap a surge in low- and no-alcohol beverage launches.

Back in 2018, a report by Berenberg Research found that Gen-Zers were drinking more than 20% less per capita than millennials. Meanwhile, millennials were drinking less than baby boomers and Gen X had at the same age.

The report also found that 64% of Gen Z respondents said they expected to drink alcohol less frequently when they grow older than the older generations did then.

While alcohol sales increased in the spring of 2020 as consumers coped with the pandemic, “now, many consumers are adjusting their drinking habits,” noted a recent report by Brightfield Group’s Evergi division, based on a survey of 5,000 U.S. consumers ages 21+.

“Regular drinking and more time alone to reflect during lockdown seem to have caused many to reassess their alcohol usage. Mental and physical health considerations may have convinced some consumers to moderate their alcohol use more than they previously did,” according to the report.

Among the consumers surveyed, “a whopping 75% wish there were more non-alcoholic options for social gatherings.”

According to data from Innova Market Insights, global launches of low- or non-alcoholic beverages grew at a compound annual rate of 20.9% from 2016 to 2020. In the United States, the figure was 1.8%.

“Low- and non-alcoholic beverages are growing faster in almost every geography outside the USA with the exception of Latin America,” Innova vice president strategic insights North America Tom Vierhile tells CPG: FYI. “However, the USA market is showing signs that it may be warming to the trend.”

Within the category, delivering a taste experience similar to that of beer containing alcohol has become a common approach to gaining consumer acceptance.

“There’s a non-alcoholic beer in nearly every imaginable flavor—from the classic IPA to interesting combinations of sea salt and blueberry juice,” Evergi noted.

One example is Lemon Quest from Delaware-based Dogfish Head Brewery—a wheat brew that boasts such ingredients as lemon puree, blueberry juice, acai berries, and monk fruit. It was developed in partnership with the nonprofit The Nature Conservancy.

Founded in 2018, Connecticut’s Athletic Brewing Co. was an early mover in the non-alcoholic craft beer segment and now holds more than 50% of the U.S. market. In 2019 it sought to appeal to people who want to enjoy the taste of beer while engaging in all manner of physical activities.