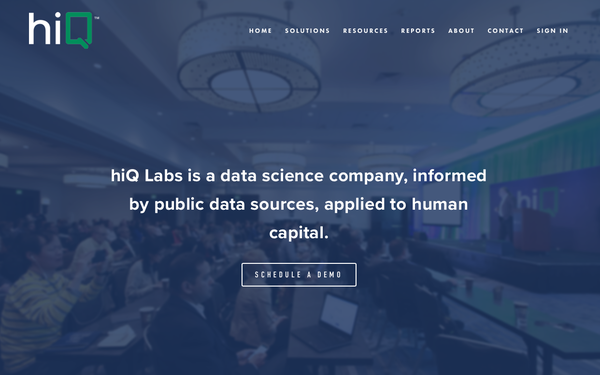 LinkedIn has told a federal judge that analytics company hiQ Labs, which has been fighting a high-profile battle against LinkedIn since 2017 over its scraping policies, actually went out of business three years ago.

In those three years, the companies have taken their fight over scraping to the 9th Circuit Court of Appeals, which upheld an injunction that prohibited LinkedIn from blocking hiQ, and the U.S. Supreme Court, which returned the case to the 9th Circuit for further consideration. Neither of those courts appeared to have been notified that hiQ allegedly ceased operations.

“LinkedIn learned in the past few weeks that hiQ went out of business three years ago,” the Microsoft-owned platform wrote Friday in papers urging U.S. District Court Judge Edward Chen in the Northern District of California to lift the order that prohibits LinkedIn from blocking access by hiQ.

“hiQ shuttering its operations is precisely the kind of changed circumstance that eliminates the risk of likely irreparable harm and compels dissolution of the injunction,” LinkedIn writes.

A LinkedIn lawyer elaborated in court papers that an hiQ attorney disclosed on August 20 of this year that the company had ceased operating in August or September of 2018.

As of Tuesday, the phone number on hiQ's website wasn't working on Tuesday, and the site's “news” section did not appear to have been updated since February of 2018.

hiQ also hasn't yet responded in court papers to LinkedIn's request to dissolve the injunction.

LinkedIn argues in its new request to Chen that the injunction “emboldens other scrapers” and “creates the impression among both scrapers and members that LinkedIn cannot legally protect member data.”

Questions about whether social media platforms can prohibit outside companies from using automated tools to access data have come up in other recent disputes -- including a legal battle between Facebook and analytics company BrandTotal.

The dispute between LinkedIn and hiQ began in the spring of 2017, when LinkedIn demanded that hiQ stop using automated tools to gather data about users for a service it sold to employers. hiQ collected information about users from LinkedIn's publicly available pages, analyzed it to determine which employees are at risk of being poached, and sold its findings.

For its part, LinkedIn argued both that it has the right to control its servers, and that hiQ was disregarding LinkedIn users' privacy.

The social networking service said more than 50 million people used its "do not broadcast" tool, which allows people to change their profiles without having other users notified about the revision.

The Supreme Court recently vacated the 9th Circuit's ruling and sent the case back to that court, with instructions to reconsider the matter in light of a June decision that narrowed the scope of the anti-hacking law.

The watchdog Electronic Privacy Information Center sided with LinkedIn, arguing in a friend-of-the-court brief that users didn't necessarily know their data would be acquired and used in material that was sold to employers.

But the digital rights group Electronic Frontier Foundation sided with hiQ, arguing in a friend-of-the-court brief that the criminal anti-hacking law was never intended to cover scraping data from public sites.