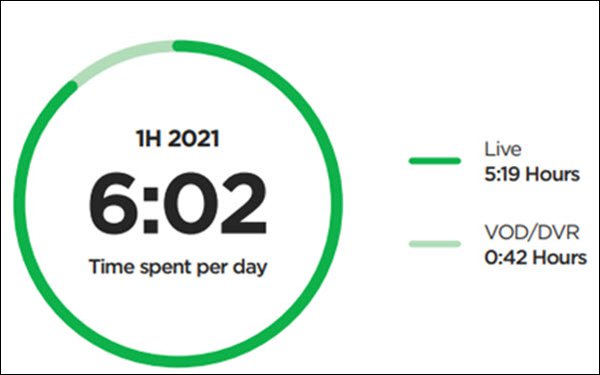 On average, well over half of streaming’s reach is incremental to linear TV’s, according to the latest viewership report from Comcast Cable’s advertising division, Effectv.

Specifically, in this year’s first half, streaming’s incremental reach averaged 57% across more than 20,000 cross-platform campaigns run through Effectv.

Comcast households spent an average of 6 hours and 2 minutes per day watching TV — although daily viewing time dropped significantly between the two quarters, from nearly 6.5 hours in Q1 to just over 5.5 hours in Q2. The analysis attributes this to vaccinations and the start of reopening in March of this year. 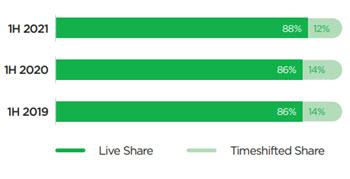 The top five networks accounted for just 31% of total viewing. Comcast households watched an average of 30 different networks, with 304 of the networks found to be most-watched.

In comparison, they were +153% more likely to watch young adult content via streaming instead of TV.

TV remained the preferred viewing device, even when watching streaming content, with 76% of streaming viewing occurring on a TV screen during the period.