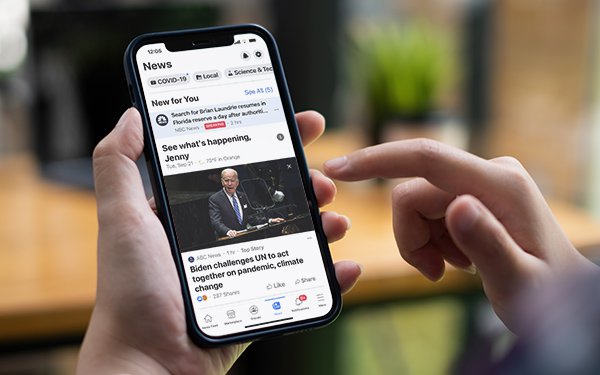 A new study shows media consumers getting slightly less regular news from social media in 2021 than in 2020 -- 48% versus 53%, according to Pew Research Center.

The social media report had 11,178 panelists responding out of 12,632 who were sampled, with a margin of sampling error of plus or minus 1.4 percentage points. The survey was conducted from July 26 through August 8, 2021.

Facebook continues to command a high level of U.S. adults as the place where they “regularly” get their news -- now at 31%, down from 36% in 2020. Regular usage is defined as getting news content “often” or “sometimes.”

Looking at the overall percentage of those who used a social media site -- for any reason -- Twitter gets the best results for news consumption, with 55% of its users saying they regularly used the platform to get their news, followed by Facebook at 47%, Reddit with 39% and YouTube at 30%.

In comparison to other platforms in terms of regular news consumption, Pew in July said U.S. local TV continued to show viewing gains over the past two years, from 2018 through 2020.

Most recently, the average local TV audience in 2020 showed a 4% increase for ABC, CBS, Fox and NBC local TV affiliates versus 2019 for evening news and late-night news -- to 3.73 million and 3.7 million viewers, respectively.