From Protein To Elderberries: Kids' Health In The Spotlight 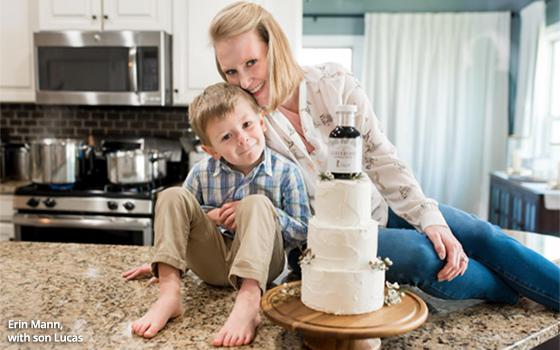 Why leave kids out of the “better for you” trend?

COVID-19 has not only given parents another reason to worry about the health of their kids — they have had more opportunities to do so, given social restrictions.

“I think parents have always cared about their kids’ nutrition, but the pandemic definitely pushed many parents to take a more proactive approach as they saw firsthand — with more time at home — what children were and were not eating,” says Aimee Hocking, director of brand strategy at Materne North America.

“It put a spotlight on the importance of nutritious snacks and finding easy ways for families to incorporate more fruits and vegetables into their kids’ daily diets.”

Materne's GoGo squeeZ brand of healthy fruit pouches and other snacks combines nutrition, ambition and inspiration in a new campaign to fuel “happier and healthier kids.”

Created in conjunction with the 305 Worldwide agency, “SqueeZ Out Their Best” showcases four young athletes — including a double amputee who became a track star — and 11-year-old wrestler Angelica “Cookie” Serratos.

NGS says it is conducting a clinical study for a protein-drink formula unique to girls ages 10+.

Sometimes, a better-for-you product starts with a child and expands from there.

Such has been the case for Erin Mann, a registered holistic nutrition coach who discovered the benefits of elderberry for her one-year-old son Lucas and now sells 15 products — including a salad dressing — under the Erin's Elderberries brand.

In this interview, which is edited for brevity and clarity, Mann talks about how she began researching the benefits of elderberry in 2017 and its effects on kids and adults.

CPG FYI: How did your son's health take you down the elderberry path?

Mann: They thought he had leukemia, but it turned out to be a virus that can mimic leukemia in the blood. After that, he just kept getting sick very easily. I could never figure out why, because he wasn't around kids who were sick all the time or anything like that.

So I started researching how I could get him healthier, and elderberry is basically what I kept running across in peer-reviewed studies — and also what families before us did before they had the medicines we have now.

CPG FYI: Where did that lead?

Mann: I went to a store and bought some elderberry, but when I looked at the bottle I was very unhappy with the ingredients.

So I researched recipes and ingredients and worked on it until Lucas liked it. The first couple that I tried, he ran away from me because elderberry is a very bitter berry by itself.

I finally ran across the perfect combination for him when he was almost two and he started calling it his yummy syrup.

CPG FYI: How do you know the elderberry helped Lucas?

Mann: For us, it was night and day. I told my husband if we're going to do this for Lucas, we also have to take it for preventive measures as well to keep us from getting sick.

When we started giving it to him in the fall, we made it through the entire season without anyone being sick. We didn't change our eating or exercise habits. Nothing else changed other than the addition of elderberry syrup.

CPG FYI: Do you think it also helped with your own physical ailment?

Mann: I was diagnosed with ulcerative colitis when I was 22 and was on nine medicines a day. After eight straight months of using the syrup that I created for my child, the inflammation in my body was testing at normal ranges for the first time since I was in my teens. I am now off all of my medications and haven't had a flareup since.

CPG FYI: What have you done in the ecommerce space?

Mann: Just my website and Etsy. I tried Amazon, but it did not work for me. I'm not sure why, but I guess I'm not well-versed enough as a small-business owner to make it profitable.

CPG FYI: What about brick-and-mortar distribution?

Mann: Right now I'm in about 12 small businesses in Northern Virginia. Whole Foods and Trader Joe's are the two chains I'd love to start out with.

CPG FYI: Trader Joe's would probably want to brand it. Have you considered white labeling?

Mann: I do have approval from the Virginia Department of Agriculture to white label, so, yes -- that's definitely a possibility.