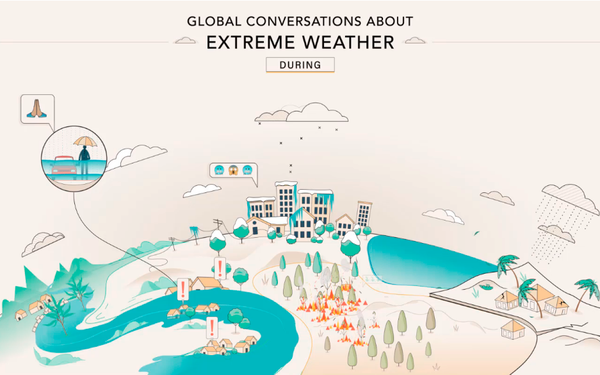 A new brand campaign aims to bring attention to climate change with a series of artistic animations demonstrating ways in which people flock to Twitter to get real-time information during extreme weather events.

A sample of English-language tweets from the past seven years finds mentions of “climate change” and “#ClimateChange” have increased an average of more than 50% annually, rising from 3.3 million tweets in 2013 to 32.2 million in 2020.

Between February 10 and February 27 this year, the Texas power crisis -- which became known on Twitter as #TheTexasFreeze -- included three winter storms and a polar vortex, causing a massive electrical failure in the state due to rare freezing temperatures. By February 18, conversation about the disaster peaked at 50,000 tweets per day.

Immersive, animated visualizations created by Design I/O illustrate the impact of the Texas Freeze, as well as other extreme weather events, including typhoon Hagibis, the Australian bushfires, and the floods in Jakarta.

In the first week of January 2020, more than  20,000 tweets surfaced in Jakarta about the record-breaking rainfall affecting large parts of the capital city, injuring dozens and displacing thousands.

Twitter executive say they believe developers armed with the right data can use the social media platform to raise awareness and understanding of what’s happening to the Earth’s climate globally.

Along with environmental data, such as flood report levels, temperatures, and the roles of infrastructure and support systems during a climate crises, some of the campaign’s animations show related Twitter mentions rising in real-time.

“Developers consistently inspire us with the ways they support people in crisis during natural disasters,” said Amy Udelson, head of marketing for the Twitter Developer Platform.

“The #ExtremeWeather visualization showcases what can be achieved when our developer and partner communities leverage the Twitter API and apply these insights to the public good,” she continued. “We hope this work sparks conversation, increases awareness and creates a connection between those passionate about climate change and disaster relief.”

The interactive campaign website is powered by Twitter Official Partners, including NTT Data, Sprout Social, Brandwatch, and professors Peta Bencana and Leysia Palen at the University of Colorado, Boulder. 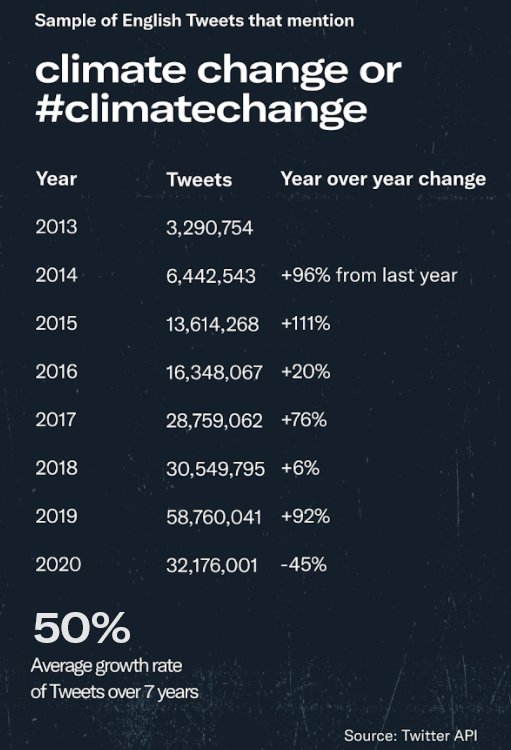